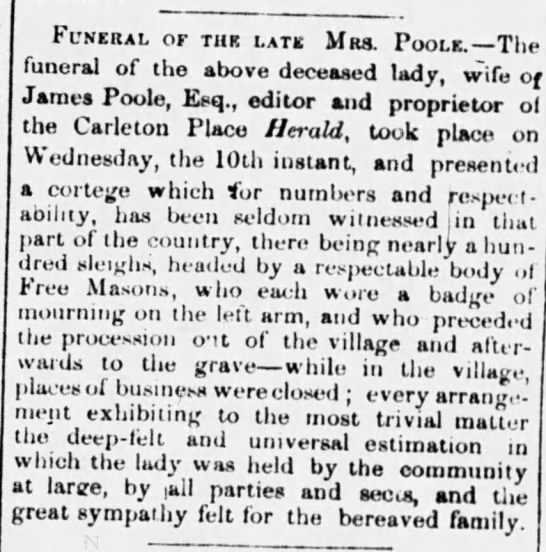 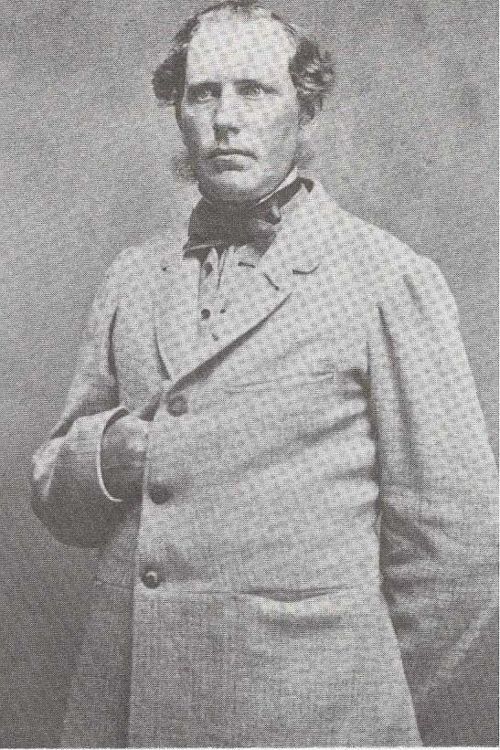 The James Poole estate sold the Carleton Place Herald, founded in 1850, to William H. Allen and Samual J. Allen ; and sold the family’s large stone residence at Bridge Street and the Town Line Road to David Gillies, son-in-law of James Poole.  William H. Allen continued publication of the Herald for sixty years.  David Gillies, original partner and later president of Gillies Brothers Limited of Braeside and member of the Quebec Legislature, maintained his home here until his death in 1926.  Its site was the place of residence of six generations of the Poole family.

The picture  was received from Toni Raugust – Stating that this is a possible picture of Adeline Poole . However after researching I find no Adeline Poole anywhere.