They had another accident previous to the 1884 one also.. but this is the one that I had not found documented from 1884. 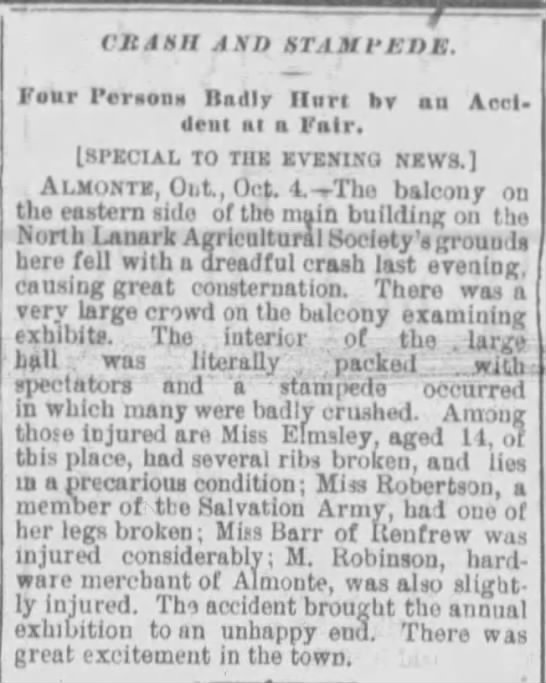 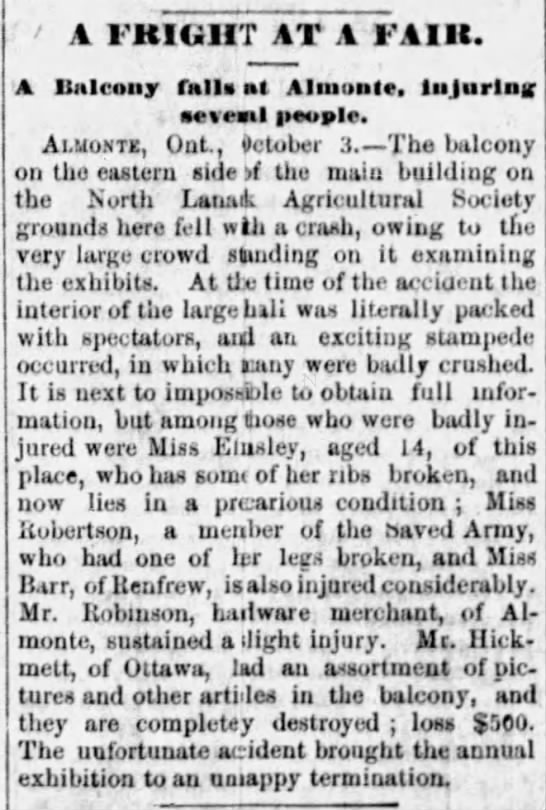 Much as I searched on the Almonte Gazette site I could not find this story and I have understanding of why. This was pretty major.

One of the injured:

Miss Elmsley, it should be noted could read and write. On the 1891 census she was 18 years old, so she was 11 when the accident happened. She went on to become a weaver in one of the Almonte mills. Her mother Mary who became widowed at a young age also worked in the Almonte mills She had two brothers Edward and William and they had an older woman live with them named Routh Pearson who probably helped look after the family. Staunch Methodist family.

The first agricultural hall and drill shed was built in 1865 for this was the time of the Fenian Raids. In 1868 the roof fell in from the great weight of snow so the present agricultural hall had to be built the next year. There was no mention of this accident at all. CLICK

Did you know the Almonte Fair Began in Carleton Place? CLICK here.

Results of School Fairs Lanark County — Who Do You Know?

Clippings and Photos of the 1958 Almonte Turkey Fair

Clippings and Photos of the 1958 Almonte Turkey Fair