On October 22 of 1905  in Carleton Place A sensation was created here when the dead body of Cardinal Miller, aged 22, a moulder in Findlay Bros. foundry, was discovered in a bush about 20 yards from the Franktown road and one-half mile from the Carleton Place town limits.

The young man was known to have driven off in that direction at 8 o’clock  three days ago at which time he was reported missing. The horse and buggy were found on Saturday three or four miles from town on the road leading at right angles from the one near which the body was found on McGregor’s farm. Search proved that young Miller had been shot in the left side of his chest with the bullet passing just below his heart.

The deceased’s coat and vest were unbuttoned. The weapon had been discharged at close range to his outer shirt. A revolver supposed to be one he purchased Thursday evening, at  Taylor’s Hardware store was found nearby. Coroner Metcalfe was summoned from Almonte and an inquest was opened, several people giving evidence.

At 8.56 this evening the Inquest was adjourned until tomorrow afternoon at four o’clock, the Jury not being prepared to give a verdict. Family and friends did not accept the theory of suicide thought indications  pointed to an unfortunate ending. 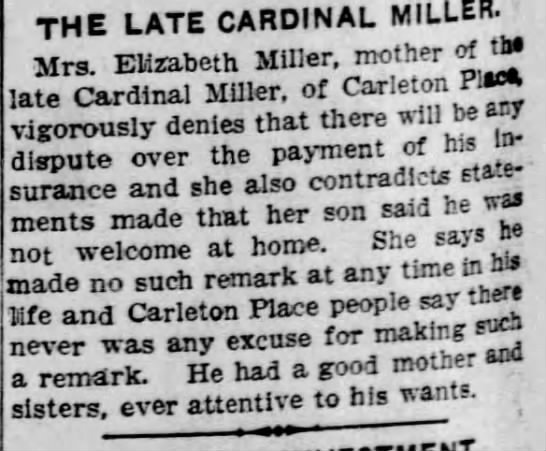 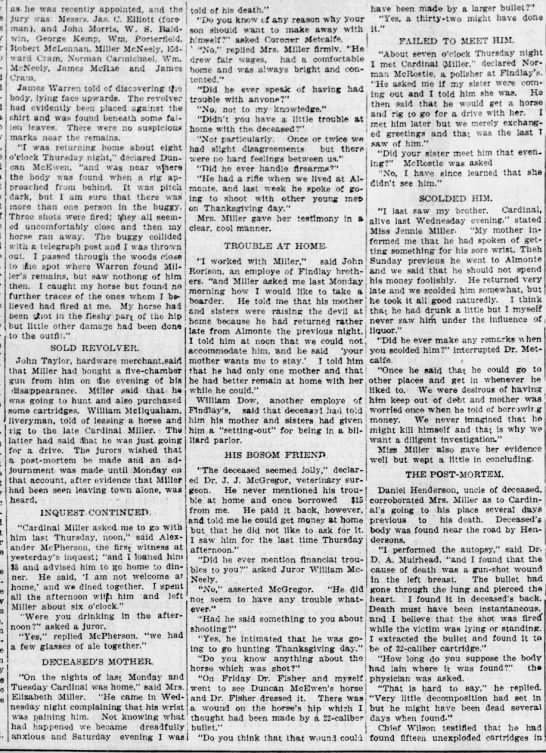 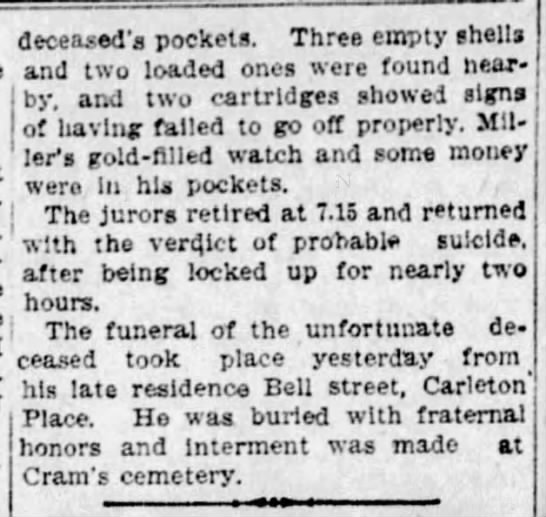 How did “Cardy” Miller die? I found out today working on a piece about the mills in Carleton Place- In 1903 Findlay employee Cardy Miller took away his sorrow by a self inflicted shot to the heart on the 10th line as he could take no more…

Just Like a Clue Game –“Who Dun it” in Beckwith?

The Boy Who Disappeared From Beckwith–Gordon Taylor

The Media Then and Now–Johnny Gillies Had a Gun