WW1 broke out and within two weeks, the town’s first dozen volunteers under Captain William H. Hooper left Carleton Place. Major W. H. Hooper, husband of Mabel Hooper –home after four years’ service in the first world war including two years as a prisoner in Germany, was welcomed in a reception held outdoors.  Indoor meetings had been banned by reason of deaths from a world influenza epidemic.

Major W.H. Hooper was appointed Post Master in 1920 and served as Post Master until his retirement in 1950. During Hooper’s time if office many changes occurred.He had control of the clerk for the position of Telegraph operator until the telegraph service moved to its own building. The school children popped in daily to get warm on cold days and enjoy the steam heat. The caretaker lived on the upper floor and could be counted on to appear as soon as the children entered the building and order them out. Major Hooper was also a gruff individual and his family on the corner of Lake Ave and Bridge Street. READ more here..CLICK 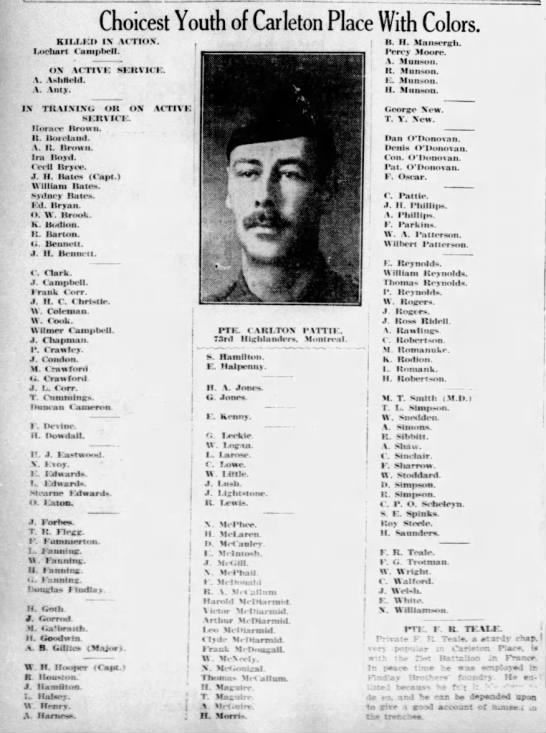 Walter and John Armour and A Findlay Stove

The Photos of John Armour

The McNeely Family Saga– Part 1 and 2