In the year 1873 very few people had any money, particularly for such luxuries as servant girls. It will be learned with surprise, therefore, Rev. Dr. O’Connor, of St. Patrick’s church, announced in the local press that through the auspices of St. Patrick’s Orphans’ Home, fifty Irish girls of good health and good moral character were coming to Ottawa and would be distributed either for household service or marriage. 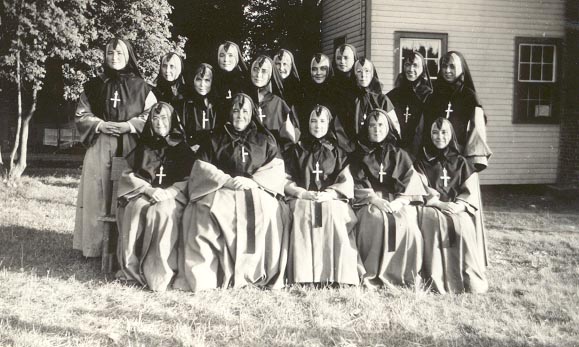 There was a wild rush for the girls but it turned out later that only 20 came to Ottawa, the other 30 having been sent by the Irish senders and the Canadian immigration authorities to the West. Consequently Dr. O’Connor and the officers of the home had to scramble to satisfy the demands of the Ottawa people with 20 girls instead of fifty.

The arrival and disposition of the girls was treated in a humorous vein by a Citizen reporter, who wrote in part: “Dangerous Days”. The city press made known the fact that the householders of Ottawa in a collective body seemed each and all to have made up their minds to secure one of the new arrivals. The influx of the strangers was the all-absorbing topic at every family and ladies event to discuss with their mutual friends in detailing their anxieties to obtain the services of one of Father Nugent’s proteges.

Neither of them could show their face on the street without being beset with applicants for girls. There were young married men, widowers, and men that had not been married but were going to be, all clamouring for a girl. If there is any truth in the old saying that ‘there Is no rest for the wicked,’ these two gentlemen must have begun to think themselves the veriest sinners on earth. But their troubles ended not there. The male sex they could well enough refuse, but what could they say to an avalanche of chignoned and Grecian-bended dames and damsels who put on their prettiest smiles and most bewitching looks to induce Good Father John,” or ‘Kind Mr. Wills’ to secure them a girl.

However, both did their best and some twenty were promised their first choice, leaving, as Father O’Connor expected, some thirty more girls to be fought for among other applicants. On a Friday morning the girls arrived in Ottawa, under the charge of Miss Fletcher, and were met at the station by Dr. O’Connor, Mr. Martin Battle, secretary of the St. Patrick’s and Mr. Wills the immigration agent, and a few others. But great disappointment was found that the party consisted of only 20, the rest having been sent west instead of to Ottawa, as was first intended.

The newcomers, were at once taken charge of and conveyed to St. Patrick’s Home, where due arrangement had been made for their reception. Here comfortable meals, were prepared for them, and a large wooden building, just erected for the home wash-house, was converted into a temporary dormitory for their use. Had Father O’Connor not been vigilant the help seekers would have carried them all off then and there. But with prudent foresight that good gentleman forbade any one seeing them till the afternoon, rightly concluding that after a three days journey they would be all the better for bodily rest and refreshment.

In a strange land, the emigrants were soon asleep under shelter of the roof which the Irish generosity has erected for the relief of Irish distress. To these girls, landed thousands of miles from familiar scenes,  such a reception must have been most welcome, and to them this noble institution has Indeed proved St. Patrick s Home.

In time all the twenty girls found nice homes in Ottawa and in due time no doubt, all of them found a husband, though the story does not say that. It appears, however, that the girls were placed with families, rather than with the seekers of wives. But the question arises how things were so financially dismal in 1873, was there such a rush for the girls as servants? The article does not say so, but probably they were taken by members of the civil service, who, having permanent positions, did not suffer to any extent from the hard times

On December 17, 1865, a meeting of the Association of Members of St. Patrick’s Church took place in the Parish Hall to consider establishing a House of Refuge for Irish poor.  It was unanimously accepted that this organization would be called St. Patrick’s Orphanage and Asylum.

I am a Laundry Girl

The Old Woman Who Walked From Perth?

Updates–What Happened to the Cardwell Orphans?