In 1952 there was one lone Hackberry tree left in Ottawa near Brewer Park and the George Dunbar bridge. It had a white picket fence around it, and a sign that said “Do Not Destroy”.  The late mayor of Ottawa, Charlotte Whitton, whose family lived in Carleton Place, insisted these trees be protected. Just like our Hackberry trees in Carleton Place. 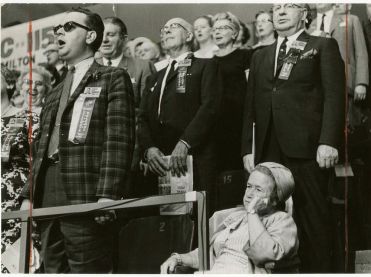 Publicly, she was described as a “relentless and devoted war horse,” a “human dynamo,” “explosive” and a “little package of dynamite.” Privately, there were likely many who would have had far less kind things to say.. Read the rest here CLICK

Minnie Jones — Born Next to the Old Lanark Toll Gate