Good Day Linda !! Still out here in Vancouver trying to build the McEwan Family tree. John Max Enos McEwan was a Cpl in the forces during WWII. He had an Uncle, Ernest Evan McEwan, who served in WWI according to this newspaper clipping. I was wondering if you have heard of him before and if you know whether or not what was written … that he spent the longest time in the trenches of any Canadian Soldier … is actually true. 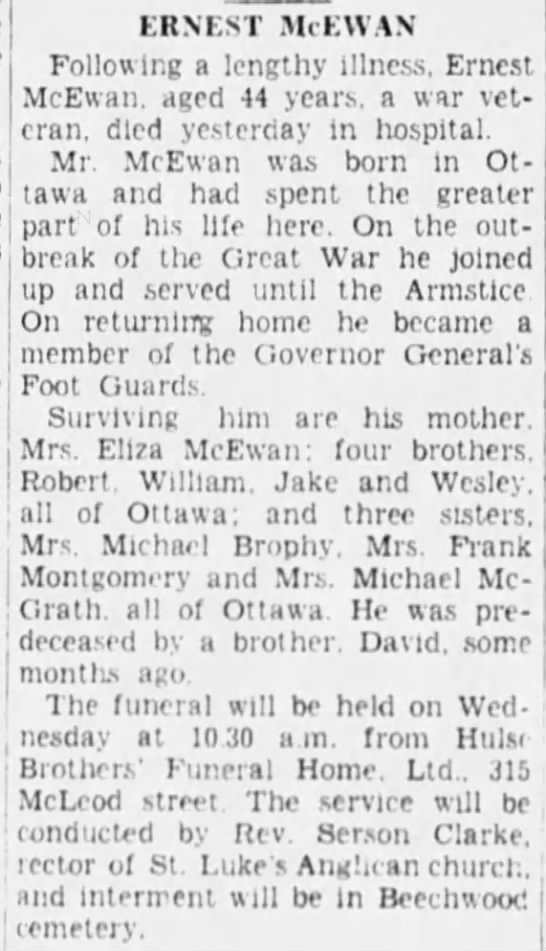 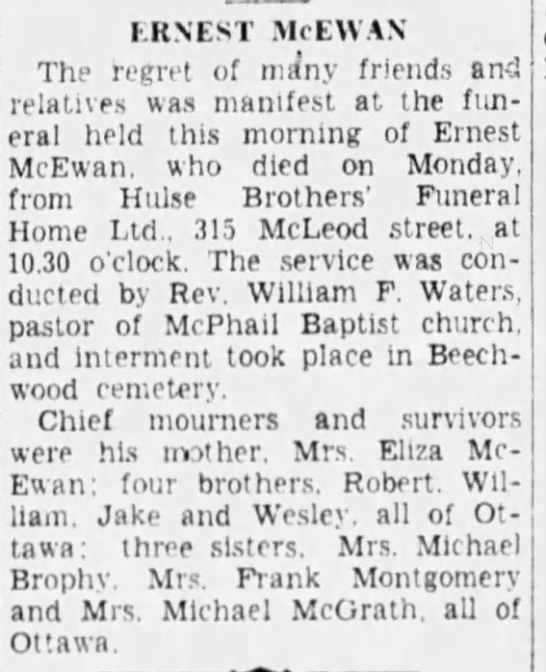 Here is his death certificate. Notice that he died of self-administered overdose. Such a horrible end for an outstanding war hero if what they said in his obit is true. And here we are 85 years later and it seems not much has improved for the lives of our vets.

The Ottawa Valley seems to be rich in women and men, past and present, who gave of themselves in service to our Armed Forces so that we all can have and enjoy what we have and enjoy !! I was struck by the juxtaposition of Ernest in that his obit makes reference to the fact that no Canadian spent more time in the trenches than he did … and then his death certificate says he died of a self-administered overdose of pain killers. I just have a feeling that there is an incredible story here somewhere … if one can only find it !!