I remember the old Mantovani Show being cranked up on our first black and white TV. So I had to ask: “What was your favourite TV ? Your First show?

Dawn Jones Probably “The edge of night” with my gramma. It was an old soap opera.

Dawn Jones… my son’s name Schuyleur was after Schuyleur Whitney on Edge of Night.

Ted Hurdis Does anyone remember a show with Miss Helen ? She drew a character call Oogly Woogly I think ?

Linda Gallipeau-Johnston We watched TV on our brand new Sparton TV from Flints!

Bill Crawford I remember going to my grandparents house on Friday nights with my Dad’s large family to watch boxing on their first black & white TV. Nobody else could afford one at that time. Gillette Cavalcade of Sports. I can still remember the theme song.

Mary Jane Lancaster Dodo the kid from outer space was a favorite of mine.

John Rayner Before we had a tv, I caught an Our Miss Brooks at a neighbours. I was ~5-7 and thought it was hilarious.

Wendy Waddell Friendly Giant, Mr. Dressup, and too long ago to remember many others from back in the 50s, but have lots from when I was a little older.

Gail Sheen-MacDonald No princesses in my world. We watched the Plouffe Family and Hockey Night in Canada. 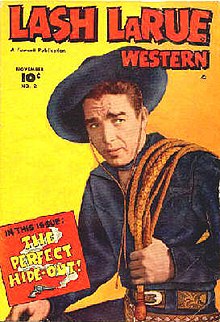 Alan Clouthier Linda Eastman then go the the O’Brien and watch a duster doubleheader with Hop Along Cassidy and Roy Rogers. If I was lucky, and I was, my Dad would take me to see High Noon with Gary Cooper or Shane with my namesake Alan Ladd.

Magic Tom –A Suitcase That Was Full of Illusions

Banking the Memories of Aretha Franklin