This photo shows sewer construction on Allan Street 1901. That’s the corner of the Queens Hotel to the left, and the bell tower of the Hawthorne Mill in the distance.

Water was infamously filthy in the 1800s and it had choking, sooty fogs; the rivers were  thick with human sewage; and the streets were covered with mud.

Basically the rivers were essentially composed of horse dung. There were hundreds of working horses with inevitable consequences for the streets and no one really found an effective way of removing that, unfortunately. So what did they do?  They employed  boys ages 12 to 14 to dodge between the traffic and try to scoop up the excrement as soon as it hit the streets.

The first thing you’d notice if you stepped out onto the streets would be the mud that lined the carriageways, but of course it wasn’t really mud. The air itself was generally filled with soot and smoke and some of the white horse’s colour slowly changed from white to gray.

If you were a respectable person, you had to wash your face and hands several times during the day to make sure that you looked half decent. You had the stench from blocked drains and cesspools below houses. It wasn’t really a pleasant experience. You get these surges of waste and dump and smell, and people start getting very concerned about what’s in their cesspools because of the stink that’s rising from them. The idea that this sort of stench is coming into the house, seeping through the house and possibly bringing in diseases like cholera or typhoid … is actually one of the great driving forces of sanitary reform in the 19th century 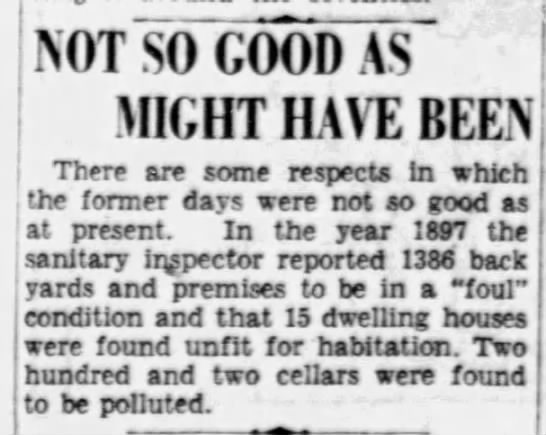