The old residents of Manotick village and those living in the district to the south of the village will recall the stir there was in 1895 when the schoolmaster broadcast a report that his house was haunted. The schoolmaster, it appears. hadn’t seen any ghosts or evil spirits but he had heard strange sounds coming from the upper portion of his home.

The noises worked so on his mind and nerves that he decided to stage a “ghost laying” bee. He invited a number of the inhabitants to spend the night and help him solve the mystery. It so happened that the “guests” included two noted village drunkards. When they arrived they were  so “well on their way” so much so that they just didn’t care what happened. The strange noises were still coming from the direction of the roof. So without further ado the brave ones mounted a ladder and clambered up on the roof. And what they found was the branches of a tree scraping against the roof. One ghost story down and more to come I am sure. 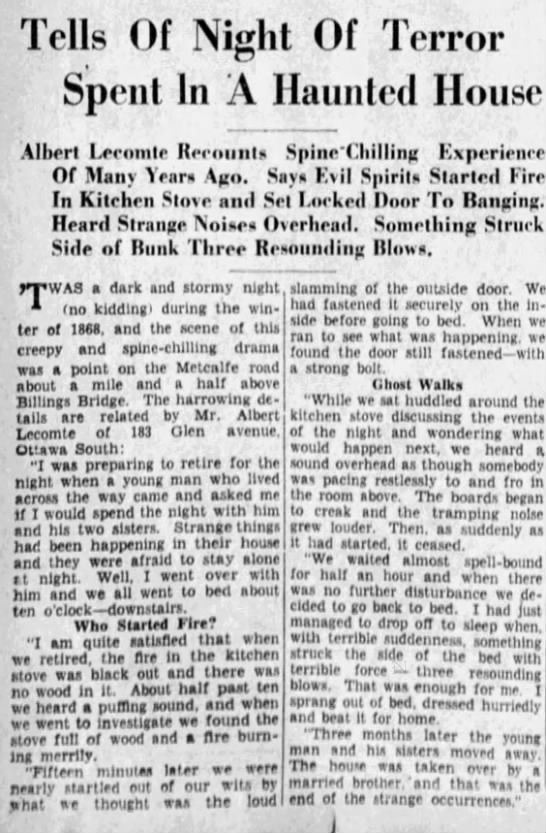