Dow’s Lake was named for an early settler named Abram Dow and was once a huge swamp extending north to the Ottawa River. Dow’s Great Swamp, as it was known, was a tough challenge to the canal builders. Eventually, the north and south banks of the swamp were dammed to create a navigable lake.
The white pines in the photo above were killed by flooding to make way for the Canal and the stumps were exposed when this photo was taken in April, 1959. Apparently, the stumps were cut down at ice level and the axe marks by Colonel By’s men could still be seen.

Lost Ottawa Your Morning Commute … driving into Ottawa from the west end of the causeway across Dow’s Lake in the early 1920s.

The causeway was needed because a JR Booth lumberyard in what is now Commissioner’s Park, blocked the route of the Government Driveway around the lake. So this is how you got from the Experimental Farm (or Highway 16, now Prince of Wales) to the end of the driveway on the east side of the lake.

Dow’s Lake was created by Rideau Canal workers under the management of engineer Colonel John By and his Royal Sappers and Miners. One of the most difficult sections of canal construction between Bytown (renamed Ottawa in 1855 and chosen as the site of Canada’s capital by Queen Victoria in 1857) and Kingston was the stretch between the Ottawa River and Hog’s Back, just south of Carleton University.

When Colonel By was surveying to find the best route to build the canal in this area, there were two apparent options. The first was to join the Ottawa River to Hog’s Back by cutting the canal from the Ottawa River, above the Chaudière Falls and along Preston Street to where the boathouse is today on Dow’s Lake. Although this would have been the more direct route, there is evidence that Colonel By did not want to reward speculators who had purchased lands north of the swamp in the hope of making a quick profit.

The embankment on the south side of Dow’s Lake over which Col. “By Drive now passes was built by Philemon Wright to help flood Dow’s Great Swamp. Wright, the founder of Hull, was brought in to build a dam on the swampy ground after the original contractor abandoned the project. 15. The north side of Dow’s Lake along which the Driveway passes is actually a dam built by contractor Jean St. Louis. In 1870, when a terrible brush fire crackled its way toward Ottawa from the southwest, the St. Louis dam was breached to flood 180 acres north along Preston Street to Richmond Road to save the city.

In the end, Colonel By decided to start the Canal at Entrance Bay, on the Ottawa River just east of the Parliament Buildings. A dam was built to raise the water level of Dow’s Great Swamp and at the same time to drain the swampy creek which existed along what is now Preston Street. This is a sketch below of Dow’s Great Swamp, circa 1830. If you look closely at the photo, you can see one of the first steam powered paddle-wheelers on the lake.

Men crawled on their hands and knees through the swamp in their task of exploring and surveying the vast area prior to the commencement of actual work on the Rideau canal. They would often be seen toasting pork before a blazing fire in a wigwam shanty by the side of a swamp.

One sole tin cup was their cup, which being filled, went round until all had drunk; then it was filled again and so on. Each with his bush-knife cut toasted pork on a piece of bread, ever using the thumb-piece to protect the thumb from being burned; one or two rounds of weak grog finished the feast.

Some would then fall asleep others to sleep and snore; and after having slept an hour or so on one side some would cry ‘spoon!’ which was the order to turn to the other, if a spike or tree root or such substance stuck up beneath the ribs.

Reclining their feet to the fire, they would often find the hair of their heads frozen to the place where they would lay. For many days the men would lie in wild places before they could satisfy themselves with a solution to their problems. In Dow’s great swamp, one of the most dismal places in the wilderness, did five Irishmen, two Englishmen, two Americans, one French-Canadian and one Scotchman hold their Christmas festivities of 1826 or, rather, forgot to hold it at all.”

When Colonel By was building the Rideau Canal he was greatly worried about the extensive flats, or cranberry marshes, where the canal had to be built. The foul conditions at a cranberry marsh were the worst. The nauseous air was like “that of a cadaverous animal”. Colonel By himself was struck down by swamp fever, which affected many, and barely survived.

One marsh was about 18 miles long and about two miles broad in places. The cranberry bushes with which the marsh was filled were in the water, and had roots about eight feet long. The marshes were on apparent islands, but when the uninitiated attempted to get onto them, the islands sank under them, and they found themselves in water up to their waists. One who did not know the intricacies of the swamp was very apt to get lost.

Settlers in the fall came from as far as ten miles to pick the cranberries, which were very plentiful, but the wise ones stayed at home. The banks of many a great marsh were bold and composed of granite and moor stone, of which there are many singular holes and dens, but by whom inhabited it has not been my fortune to learn. Its entrance from the north Is a narrow deep defile.

Just south of Dow’s Lake, you may notice a rumbling as you skate along the canal. Three metres below you is a railway tunnel which continues under the western edge of Dow’s Lake and appears just before Prince of Wales Drive. The tunnel was built in 1963 to replace an old swing bridge and is still in use. The past still remains there in one form or another.

The comment at the end of Linda’s excellent article states that there were never 2 choices. However, the passage quoted in Linda’s text is from John Mactaggart’s book “Three Years in Canada.” Mactaggart was the engineer (Clerk of the Works) who was tasked to scope out the canal’s route, beginning at the Ottawa River; the man who would give the assessment to Col. By, from which the colonel would make his decision. Mactaggart’s account is very detailed and his own written words describe two routes, so I believe he should get the last word as to whether two routes were proposed or not.
Jaan Kolk Linda, it is a widely-believed legend that excavating a canal through Lebreton flats was an alternative that was considered by Col. By and rejected because of anger at Lebreton’s (alleged) land speculation. It is without historical basis. Samuel Clowes’ earlier plan was By’s starting point; it had the canal entrance much farther down river, at Governor’s Bay. There was never a detailed proposal to run the canal through Lebreton Flats,and there were sound engineering and military reasons for the plan By selected. (It is true that Dalhousie was pleased that By’s plan would not benefit Dalhousie.) 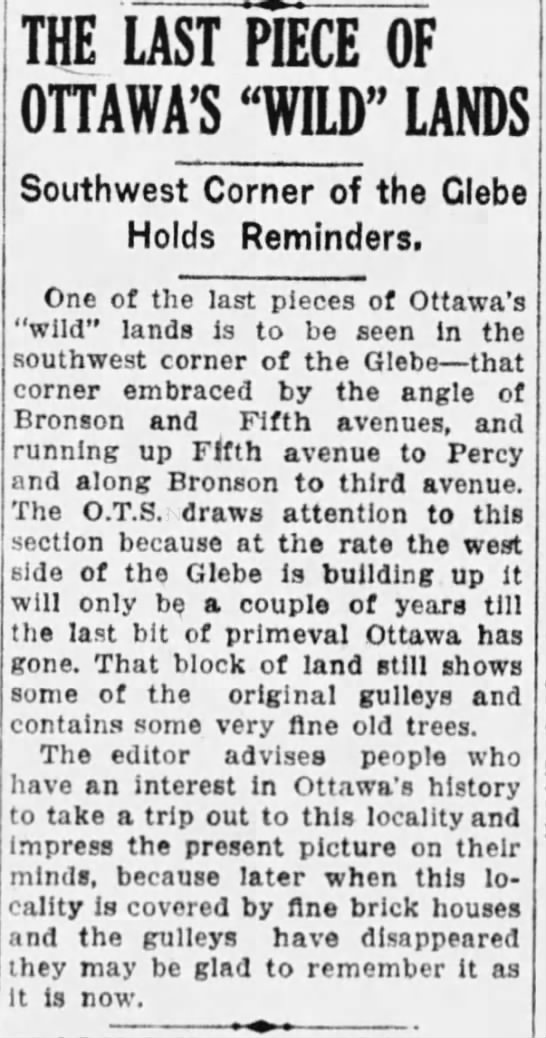