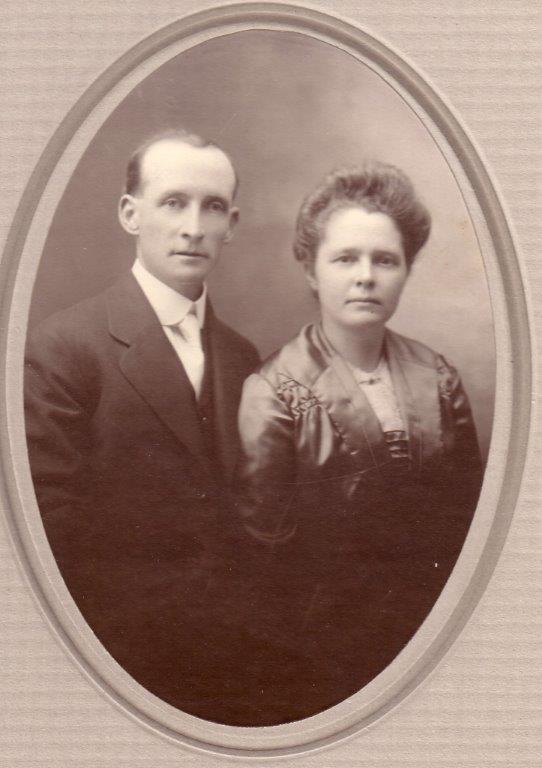 Don Duncan– Wonderful memories of Sunday afternoon visits with my parents to uncle Willard and aunt (great aunt) Etta Simpson Cram or Ettie as she was called, at their home in Carleton Place after they had retired from the farm in Beckwith. I believe this is their wedding photo from 1915. Ettie was a sister of my grandmother Mina Simpson Duncan who I have no merories of as she died in 1935. I have this photo somewhere thanks Donna McFarlene for sharing.

This is one of their farm– Photo from Donna Mcfarlane

Donna Mcfarlane Don Wilson.. I have an old sheet music cabinet and my daughter has the dough box that Uncle Bill Lowe bought at the auction and gave to us many years later… I also wish I had the history on the items if perhaps belonged to Uncle Williard’s parents who were my husbands great grandparents.