Any attempt to piece together the early history of the township of Lanark would be incomplete without some reference to the colourful and romantic career of the late Mrs. Andrew Gemmill mother of Mrs. W. R. Ball Of Ottawa.

Before her marriage Mrs. Gemmill was Jessie Leach, youngest daughter of Major Matthew Leach, M.D.. an officer in the British army. He had retired from the service, emigrated to Canada and settled down in Lanark, at that time an almost impenetrable forest of pine. 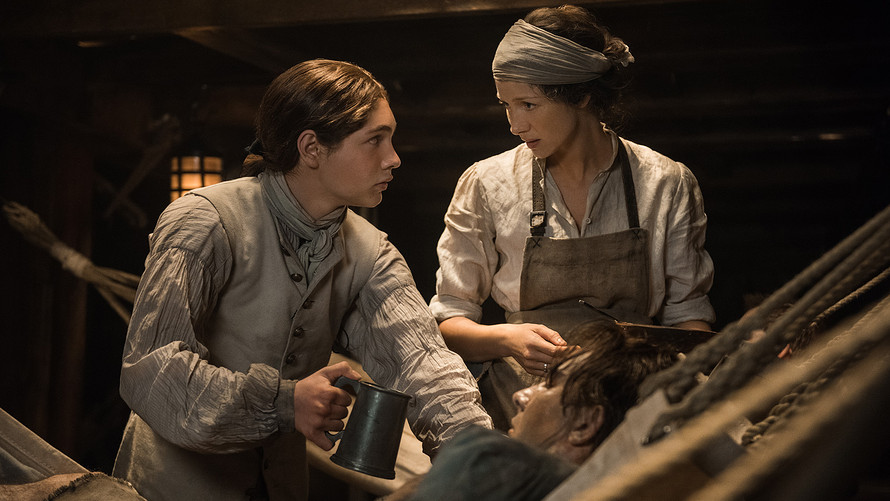 Their first home was on the lot next to where the Congregational church stood. The major practised medicine in the village and his daughter, Jessie, acquired an extensive knowledge of the science through the close companionship which existed between father and daughter. In those primitive days her ability similar to Claire Fraser of Outlander was to prescribe for physical ailments was of much value. Scarcely a day passed that she would not be called upon to give the benefit of her medical skill to some poor suffering creature.

In 1847 she was married to Andrew Gemmill in the little Presbyterian church at Lanark. In 1902. Mr. Gemmill passed on at the advanced age of 82. and ten years later his faithful soul mate  passed to her reward, at the home of her daughter. Mrs. Joseph Bond. She was in her 89th year.

There had been seven children in the family, but at the time of Mrs. Gemmill’s death 1912 they had all departed this mundane sphere except Mrs. Bond. Life to Mrs. Gemmill was the constant duty that strives to do right, reaching not out for form and ceremony, but taking hold of the things at hand, by being kind and gentle and true. Hers was a brave heart and a tender sympathy in the storms or life she was rock and oak and in sunshine she was vine and flower. 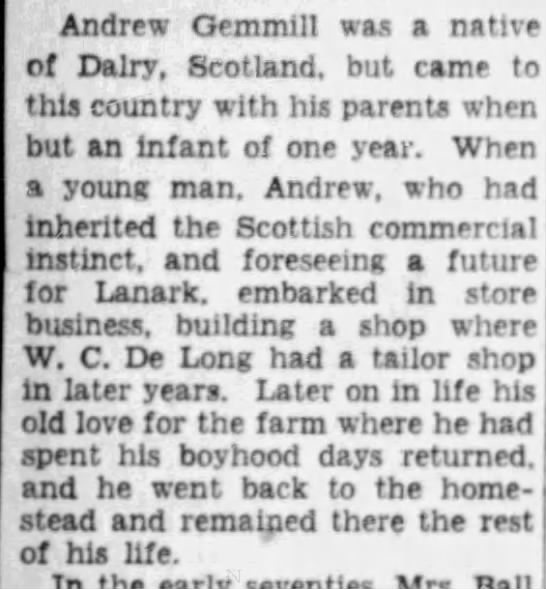 -You can also read Linda in The Townships Sun and theSherbrooke Record and and Screamin’ Mamas (USACome and visit the Lanark County Genealogical Society Facebook page– what’s there? Cool old photos–and lots of things interesting to read. Also check out The Tales of Carleton Place. Tales of Almonte and Arnprior Then and Now.