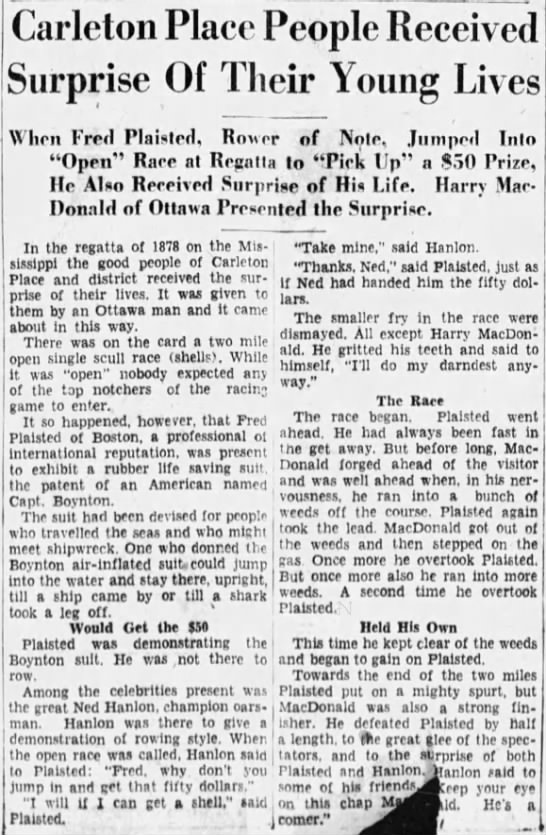 The Carleton Place War Canoe Team of 1905, competing in the local Regatta on August 29th.

Our Canoe Club has a long history of war canoe racing. Supporting the current paddlers with a donation towards a new canoe would be a wonderful way to honour their history.