Situated six miles from Portland from Oliver’s Ferry, on the Rideau Lakes, is a picturesque little spot known as the Rocky Narrows. It is little more than a memory now. It was a busy place back in the 1850s, when square timber rafting on the Rideau was at its height and the only reliable means of transportation between Ottawa and Kingston was by water.

The only passenger boats In that period were the John Stewart and the Bytown, but Innumerable tugs and barges plied up and down the river and the inhabitants of the Rocky Narrows, as well as those of other points along the river, made a living by supplying these boats with wood and provisions.

The land around the Rocky Narrows was first owned by the late Elias Chamberlain, whose forebears were U.E. Loyalist stock, but in the 1850s it was purchased by the late Patrick McCann, a highly respected gentleman who came from the county of Cavan, Ireland, and settled near Portland.

Later he moved to the Rocky Narrows where he made his living by selling cordwood to the steamboats and tugs: coal was an almost unheard of in quantity in those days. The place known as McCann’s Wharf  became the summer home of the descendant of the late Judge Cross, of Montreal, and the lower landing place was the summer home of the family of the late Dr. McCallum, of Smiths Falls.

In the fifties an Indian known as Little John lived in the neighbourhood by Rocky Narrows wharf. He appeared to be self-supporting but the inhabitants knew very little about his activities. One day he disappeared and was never heard of again. There were other natives from the St. Regis Reserve, who visited the place every spring. Here they trapped and fished and made baskets which they old to the neighbouring farmers.

A thickly settles farming district one mile above the Rocky Narrows was inhabited 150  years ago by a Scots family, and this locality naturally enough received the name of Scots Point. In later years it was inhabited by six families, noted for their intelligence and charitableness. They were the McEwens, Readys, McMeans, Willis,Wills and Polks, all natives of Ireland. A few of their descendants occupied the old homesteads and it’s said that these people maintain the friendly tradition of their ancestors and are held in high esteem throughout the district. 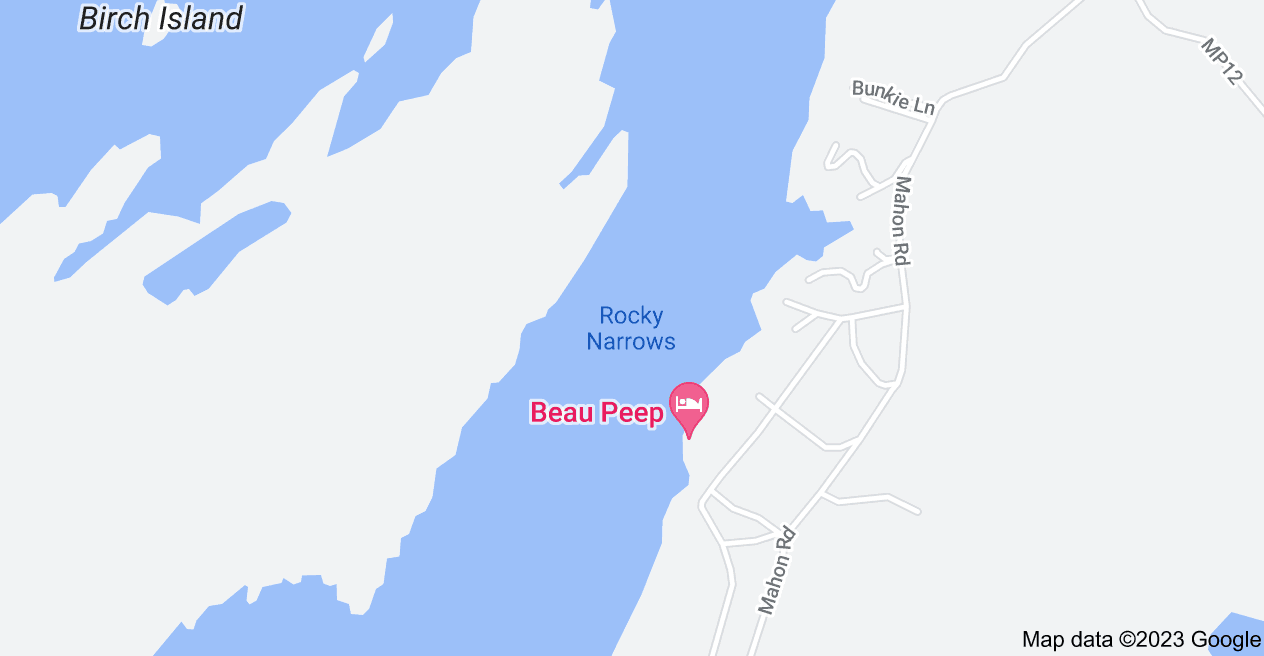 The Setting
Originally known as the Upper Narrows (to distinguish it from the Lower Narrows, the area now known as Rocky Narrows), this was a shallow, narrow section of Rideau Lake. At this time, Rideau Lake was one lake, stretching from the Westport area to First Rapids (Poonamalie). Samuel Clowes’ 1824 survey indicated that the width of open water separating the north and south shores was 363 feet (111 m), however surveys in 1827 reported widths of only 100 to 150 feet (30 – 45 m). The depth of water in summer was about one foot (0.3 m), and it was commonly used as a ford. The length (along the line of the lake) of the shallows at Upper Narrows was estimated to be 250 feet (76 m) by MacTaggart, and 1,000 feet (305 m) during a later survey by Lt. Frome. The discrepancy in those numbers is likely simply due to the naturally fluctuating water levels of Rideau Lake. Read more here.. CLICK 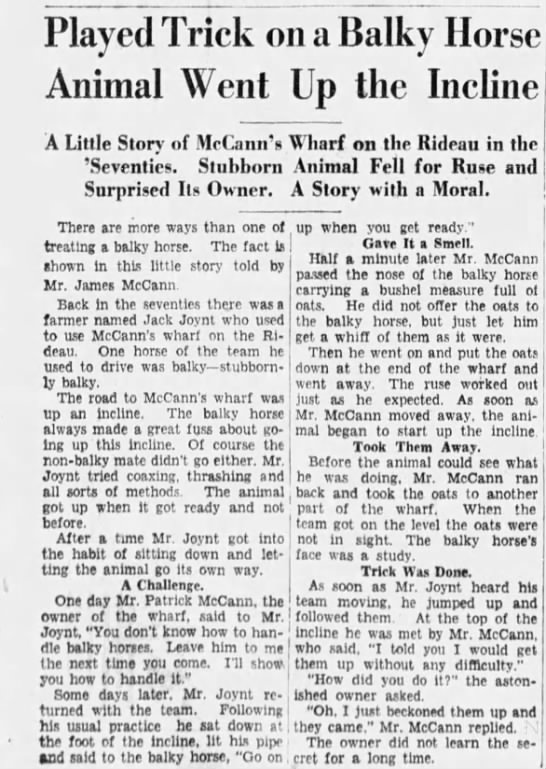 The Tragic Tale of the Rideau Ferry Swing Bridge