The story of high schools in Carleton Place is a lengthy one with many interesting sidelights. The corner stone of the present High School (Prince of Wales High School) was laid in 1923 and under it was placed a scroll containing the following information: The High School has made many moves since it was started, about 1848, as a Grammar School. The first building used was a frame one on the Central School grounds. 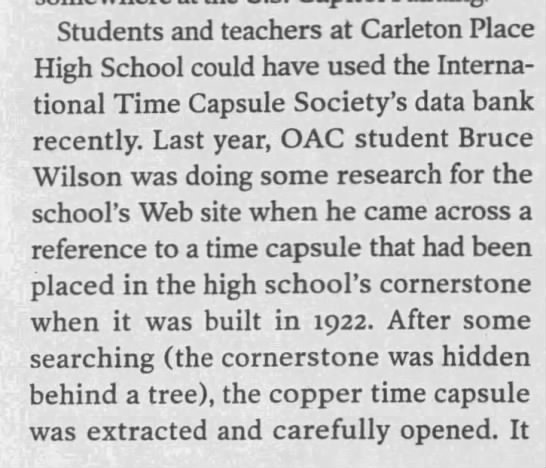 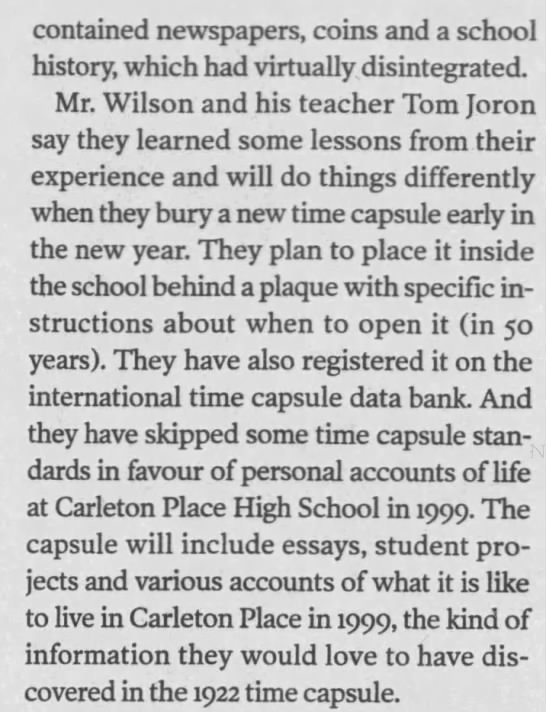