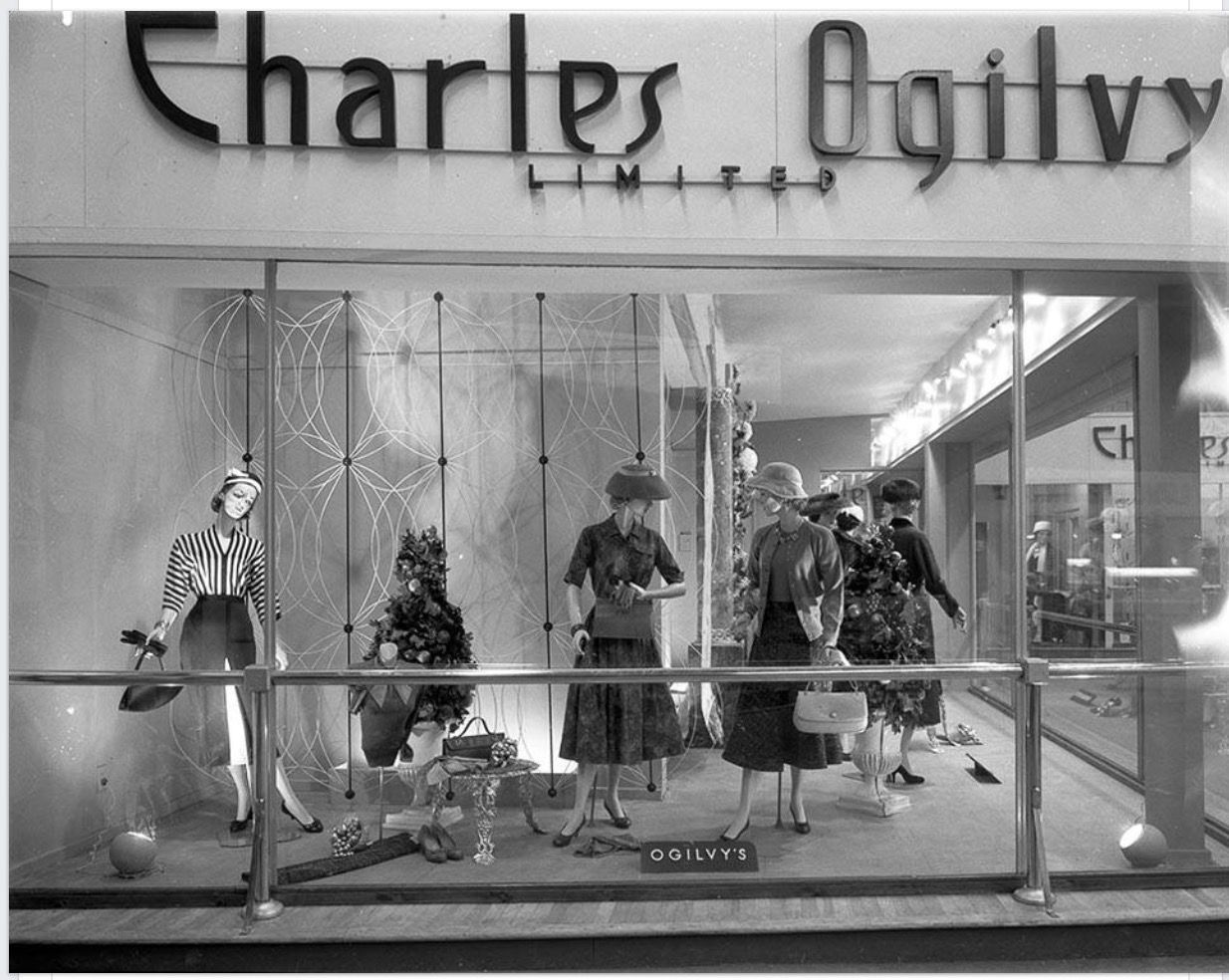 During this period of time the 1940’’s,  Dad’s occupation was an elevator operator at Charles Ogilvy Department Store in Ottawa.  He was a very friendly man and enjoyed his contact with the public. Quite often when we went shopping with Mom we would go to the elevator, and spend time going up and down.  It was all very interesting as Dad would call out what could be found on each floor. He had a very good singing voice and his little lingo to do with the merchandise was always  an experience to hear and we did enjoy his little jingles. (Third Floor: where one finds comfort for the feet, so you can walk on the street, we have both adults and children SHOES.)

At Richard’s Castle there was a dinning room, library and next to that was the parlor.  These rooms were very elegant and a far cry from our home on Gardner Street. We were not supposed to play in there unless there was an adult present.  The dining room, games room, had many book cases with glass doors drawers it was made out of magnificent wood and stained a very rich color. There were two doors in the bottom filled with the good dishes and the serving dishes were kept in this area, to be used for Special Occasions.   A rather large harvest table with eight chairs around it a little bit overwhelming to me, the beauty I was surrounded by and as a child stood in awe.

One could always find a game or cards to play with on a rainy day in the top of the Cupboard, Snakes and Ladders, Dominos, or Checkers.  You had to do this before it was dark as the only source of light was the coil oil lamps. These were considered to be a tad dangerous and when they were lit you sat and did not go near them.  They were all very pretty glass and delicate, they did belong in a dinning room. Sitting was always a challenge to me and it was frightful to think of a fire. It was instilled in our heads that it was a flame so it could start a fire and just never bump or even touch  them. We didn’t.

During the day when the adults were not around, maybe making beds or doing the washing, we would play with the doors between the library/dining room and the parlour.  These doors slid into the walls, they were called pocket doors (one always learned something, especially if you asked questions), which I did. These doors reminded us of the doors on an elevator and we would call out what could be had, on our imaginary floor, We would announce – Second Floor,  Ladies Wear, where after shopping you are ready for an very special evening. We of course were mimicking our Dad and it was a great game to play if you didn’t get caught. We were soon discovered. The doors were fixed so that we could not close them, with a wooden peg placed to prevent the closing.  This was a bit of a letdown but once again Grandpa was responsible for the well being of the Stone House and he did take his job seriously. Oh my that reminder again, “that if you want to be able to come back next year for your vacation…”

As hard as it was to abide by some of the rules, I did as I sure wanted to be able to holiday at Snow Road again and live in Richard’s Castle, even if for only two weeks on the Mississippi River, in ONTARIO.  (Dream On Noreen)

From the Pen
of Noreen

I am Afraid of Snakes- From the Pen of Noreen Tyers

Hitching a Ride Cross Town — From the Pen of Noreen Tyers