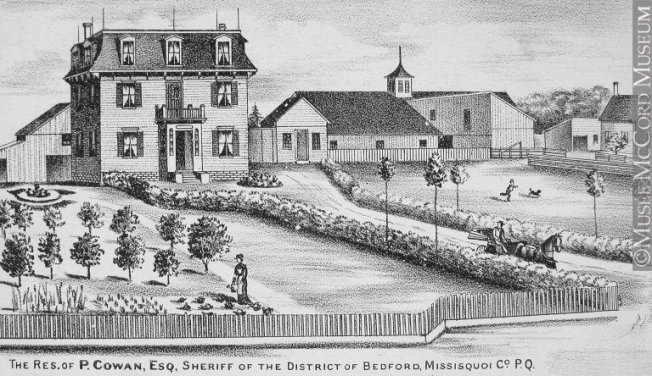 Once upon a time it was a magnificent home. The shrubs where the horse tack was was on the right.

My grandfather Crittenden sold it in the late 50s and it slowly fell into diisrepair.

It became Enterprise C.B.G. and then was torn down after years of neglect. Photo from Agnes Rychard who used to live on the second floor.

Years ago when I lived in Cowansville, Quebec there was something I found one day and it interested me for as long as I lived in town. Hidden in the side shrubs of my Grandfather Crittenden’s home there was a cement pillar with a ring. I knew it was once used to tie horses, but it still fascinated me. For years I used to used to imagine what kinds of horses they used to keep and how grand it must have been to see the former occupants use fancy carriages. 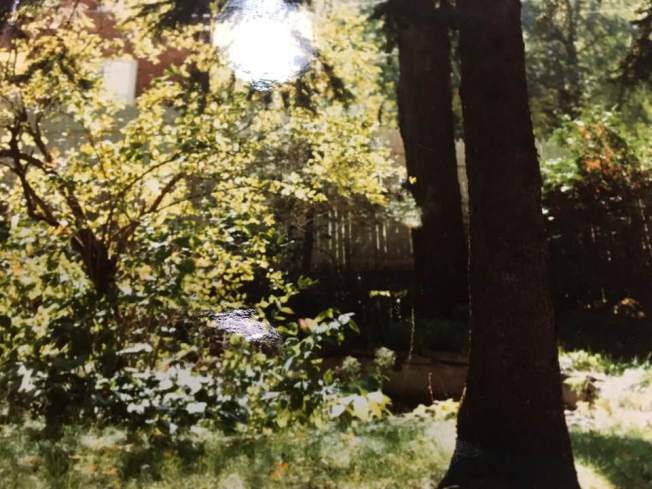 I have a small stone pond down at the bottom of my back yard built when the house was built in 1867, but it is now buried with sand.  My late husband covered it so the kids wouldn’t get hurt. One day I will get someone to dig it out, or maybe some day someone else will find it. There was also a remainder of some small stone pillar on the Argyle Street side near the fence and I immediately thought it might have been for a horse, or maybe it was a monument for a deceased pet. 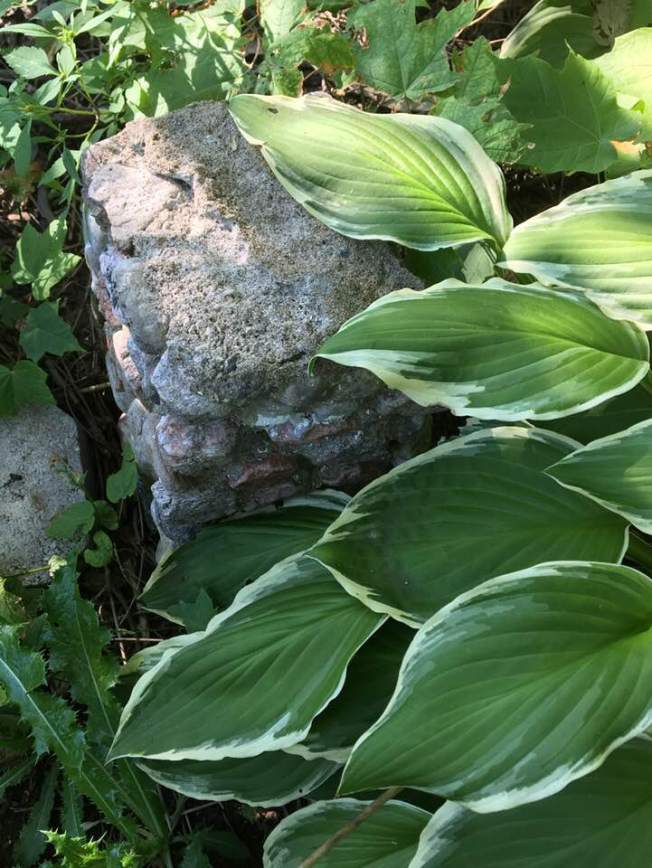 To my surprise it was none of the above, and thanks to the gift of photos from Jennifer Fenwick Irwin from the collections of the Carleton Place Beckwith and Heritage Museum I found out what it was. It was some sort of garden flower pedestal. There is only part of it left (seen in the hostas) so I figure the rest of it is underground like the pond.

Never forget that your home and your ancestors hold keys to some family mysteries. What have you found?

The Mystery of the Almonte Post Office Clock –Five Minutes Fast and other Things….

The Mystery of the Alfred McNeely’s — Were there Two?