On Friday December 4, 1891 a shanty man was caught on train going north through Almonte. He caught the eye of Conductor Reynolds and realizing he was going to be out on his ear he attempted to have his lunch early. The shanty man decided to bite Mr. Reynolds thumb off and refused to leave the train car. Mr. Reynolds was heard using language that this paper cannot repeat and the man found his way down the stairs to the outdoors to find his own transportation. 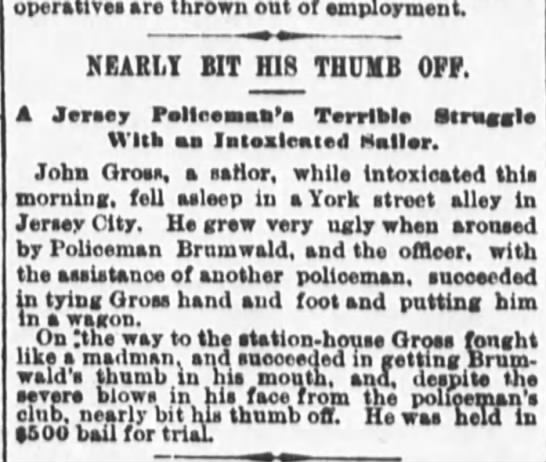 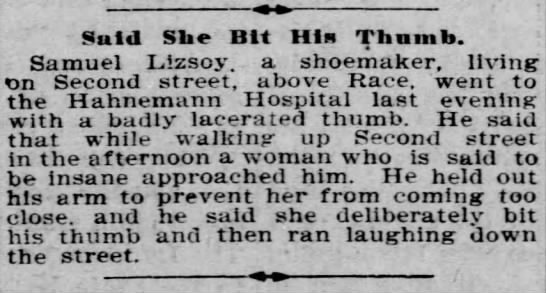 When Cell Phones Were Needed

On the 13th of December 1897 a big scare was created in town at midnight with the vigorous ringing of the Almonte fire alarm bell. When the local citizens rushed to the fire station asking where the fire was they were told a couple of skaters had been drowned up the river. Meantime, the relatives got very anxious, felt sure an accident had befallen the absent ones, and began to talk of arranging a search party when the thoughtless young men rang the alarm in older to rouse a crowd and arrange to search for the bodies!

The action of those who rang the alarm were condemned on all sides as an unwarranted proceeding under the circumstances. Had Mr. Tosh, the caretaker, not been ill in bed he would not have allowed it. The facts are that a couple of the young folks were skating on the river, and, the afternoon being fine and the ice good, they glided along till Appleton was reached; then went to Carleton Place and, being too late for the evening train, came home on the Winnipeg Express.

November 21, 1873 – On Wednesday a fine young lad, a son of Oliver Jackson, a painter in the employ of James Kearnes of Glen Tay, was drowned while skating on the Tay at the village. The body was recovered the next day.

On Saturday last Mr. R.L. Bond made himself useful in town as a fire extinguisher. At seven o’clock in the morning he was called across to the town hall and found a blaze beneath the floor of the council chamber in the same spot as threatened to destroy the hall by fire on a previous occasion.

It caught from the pipe leading· from the furnace and had made some headway before the floor was torn up and the fire extinguished without difficulty. The town property committee have taken action to prevent a repetition of the occurrence, which, had it taken place at night, might have. caused the destruction of the hall.

On Friday last Greg McUnton was brought before Squire Smith charged with committing a petty trespass upon the property of Ellen McCarthy. It seems Mr. McCarthy left for Uncle Sam’s domain and before departing leased the land in question to McUnton for a
period of three years. Trial evidence ,brought out the fact that McCarthy had, with
her four little children been left penniless arid with no means whatever of earning a living.

At the urging of McCarthy’s lawyer, McUnton agreed to throw up the lease saying had he known the facts of the case he never would have leased the land, as he had no desire to do anything unkind towards Mrs. McCarthy and her children.