Saturday, it was like I was back in 1968 talking to the former Thee Deuces lead guitarist Donald Price at ‘the soup’ in Almonte. We had never met before, but reminiscing about the past made me imagine that I was sitting in a booth at the Superior Restaurant back in the 1960s right there on Mill Street. 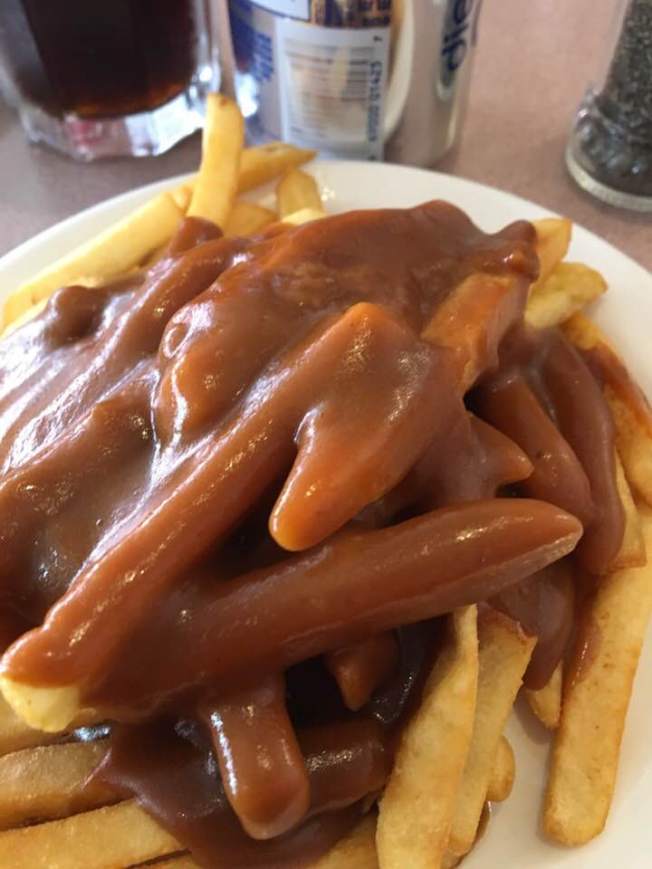 It felt that Donald and I were actually listening to Bill Hayley on the jukebox, a dish of fries and gravy sat in front of us, and teenage shenanigans brewed out on the street. Donald told me all about Jamie Collie supporting Thee Deuces financially in the early days, and they bought their musical equipment in Montreal, because in all honesty, that was the place to be. They played church halls, then the Chaudiere, Chez Henri and basically, they put Almonte on the map musically.

Thee Deuces were then managed by Dick Maloney and they appeared on CJOH’s Saturday Date. Heck, Donald Price even wrote the show’s theme song, and when I asked if he ever got residuals I got an affirmative no. Saturday Date was originally called Club 13 when it premiered in 1961, and hosted by Peter Jennings. Yes, that Peter Jennings who served as the sole anchor of ABC World News Tonight for 22 years from 1983 until his death from lung cancer in 2005. Within a year the teen program changed its name to Saturday Date in 1966 and was hosted by John Pozer, and then Dick Maloney. 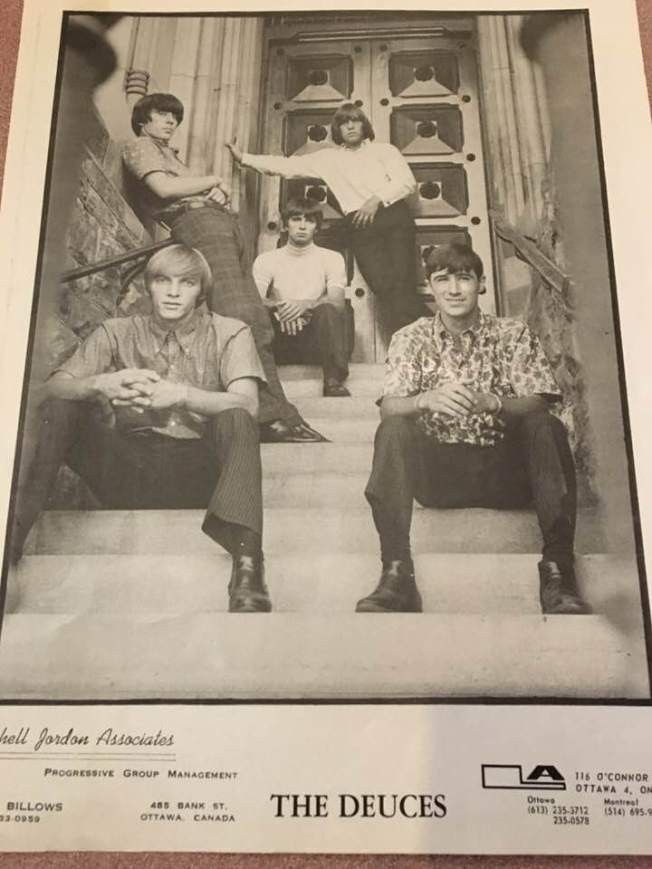 Things were hopping back then for Thee Deuces on an Ottawa record label called Sir John A.  Band members John Dodderidge, Donald/Donny Price, Dave Liberty, Dave Lugsdin and Hans Schleuter were considered the toughest of all Ottawa bands and made a whopping $250 a year. This, from their first gig, when they found out they had to play a country and western bar and had to come up fast with some twanging songs. That soon turned into playing the Inter- Provincial Hotel as the house band for a full year.

I asked Donald what his favourite song was to play in those days and within no time he mentioned Bo Diddly and he also loved the Beatles. We talked about living in the 60s and our love of Leonard Cohen and even both knowing Donald K. Donald. For those of you who didn’t live in that era Donald K. Donald, aka Donald Tarlton, was  one of the biggest Canadian record producers and one heck of a promoter. At the same time I was trying to book bands from Donald and dancing at his Montreal club Snoopys. Donald’s band Thee Deuces were part of his stable. I was impressed. 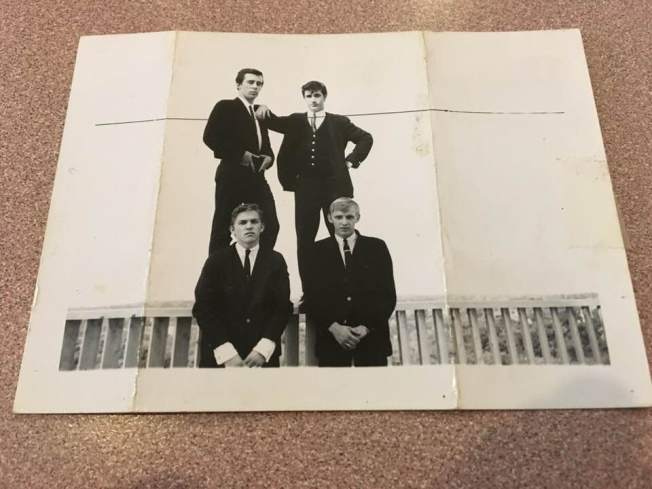 So I asked the famous question everyone wants to know giggling: “Were there groupies Donald?”

Yes, there were ladies and gentleman, and I will stop right there. What was their favourite gig I asked? Well that would be the time the drummer got a new drum kit and they smashed the old one to smithereens on stage and the crowd went wild!

Donald lives in Smiths Falls now, but his memories of Almonte run deep, and he proudly admits he climbed “The Friendly Town’s water tower back in the day. He remembers making it to the top and standing on the big ball in the centre. It was very scary climbing down that steel ladder, and as he said, “I took my life into my hands and climbed it a few more times”.

He remembers the Almonte bowling alley fire that he stood out all night watching and missed school the next day. What he recalls most is complete devastation except the bowling lanes which remained standing all by themselves. Of course he got the strap the next day he went to school, which one wonders if it gave him some backbone for his musical career later on. Tobogganing down the big hill, watching the creation of “Niagara Falls” when it rained inside St. Mary’s school, and a  lot of mischief outside the Superior Restaurant were memories that we talked about.

Donald carried his life of music through life and was in various other bands. Those that he fondly remembered were: The OokPicks, The Wax Museum where the singer was dressed as Dracula, and then there was The Viscounts that were very popular at the Canoe Club in Carleton Place. He still does some open mikes and has been spotted at the Gastro Pub and a few other places.

I always say people meet for a reason, and we both agreed on Saturday that both of us have no regrets in our lives, we faced it all, and stood tall and as Frank Sinatra sang, “we did it our way”.  When a copy of your 1967 45 RPM called You Gotta Try sells for $378.77 Canadian on Ebay there is nothing wrong with that!

“The band Thee Deuces was originally formed in 1964 in Almonte south-west of Ottawa as an instrumental group who performed for nearly a full year at Inter-Provincial Hotel in Hull, Quebec as the house band.”

Members of the band were:

Also Known As
The Heart
John F Doddridge Dave Lugsden was our lead singer
Till we took the sunday gig at the IP
In hull….he was in the anglican choir
He was great …did all the early beatles ….also another fellow was Wayne Donavan,replaced by Dave Liberty 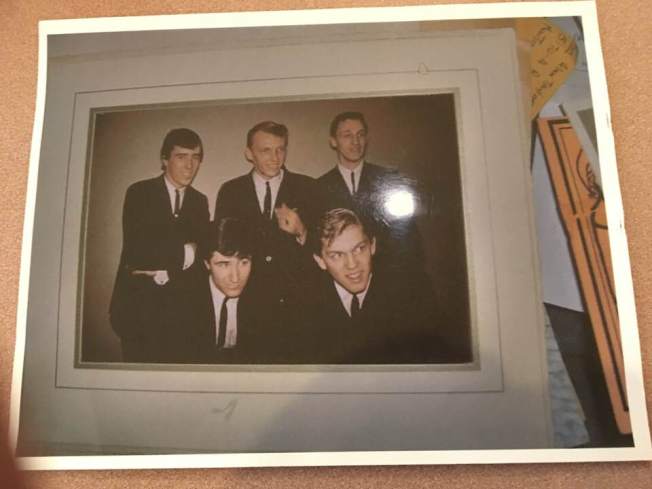 Dance Hall Days with The Coachmen

Back to The Future — Twisting Your Dignity Away