This is a childhood Memory (not a good one and I have to admit one that almost sent me into Cardiac Arrest) It also was not funny as I was so frightened of snakes.
You know when I think of this one, my older brother sure was not nice on that Day..
I will have to take you back with me, a to the age of about 12, I might add many moons ago.   We were at a friend of my parent’s cottage.  To set the stage my Mom had, had major surgery at the time, today it is not as invasive as it was then.  This friend and Godmother to my sweet brother, had a cottage up near Calabogie, Ontario.  She was kind enough to suggest to my parents that maybe they could spend some time at the cottage and give my mom a chance to get over her operation and she would be there to oversee the Children, and get the meals.
Now this lady was a super person, somewhat authoritative and things were to be done her way.  As a child I used to think, she was a tad bit on the mean side, and when she said jump you sure did not ask, how high.  Now this does not sound like a fun place to be but it was when your chores were done.  That is where I learned how to make a bed with square corners, I can tell you, for me it did take time to get it perfect and it did have to be perfect, you know bounce the coin on it.  Now a good outcome I earned my bed making badge for Girl Guides. There was an upside of this situation as I was working on my Gold Cord, anyone that has been in Guides will understand.
It was a cottage, no electricity, no plumbing, just an outhouse.  Now this outhouse was very clean and there was nothing that should have scared a young child, B U T ……….
My ever- loving, brother always had a tendency to enjoy playing bad deeds upon his sisters, I do love him but then, I sure did not.  I decided that day he was mean, miserable and scared me half to death.  Little did I know that he had visited the outhouse before me, and spotted a problem, did he advise anyone… NO!
After my lesson in bed making I did have to go to the wash room, now being a girl I did not like the outhouse.  What had to be, had to be, buck up kid go to the bathroom or wet your pants.  Now can you imagine the lecture had an accident happed, no I did not want to face this.  Out I went and I really did need to go, in fact almost did not make Whew success I made it, my little dance with crossed legs helped.
Well when I went to get the toilet paper I noticed it, on the bean near the roof was a nest, in the nest was mother snake and a lot of little Crawley, slimy, reptiles hanging down.  OH MY GOD, I grabbed the door and went to open it., yes even with the pants still down.
Well the door would not open, I yelled I screamed I did do a war dance and no one was coming to my rescue.  My dear, sweet, older Brother locked the door from the outside. After what seemed to be an awful long time my Mom’s friend came out wondered what the noise was all about and opened the door.  I was crying, screaming and just a mess.  Now this was not the way a good Girl Guide should act, you are to BE PREPARED at all times.  This girl was not prepared or amused and somewhat in a stage of PANIC!
Mom’s friend tried to calm me down, but I do have to admit, I wanted my Mom not her friend.  Now she was the Leader of the Girl Guides and I am sure I would not have passed my OUTDOOR BADGE that day.  She was trying to impress upon me that the snakes were harmless, as an adult that might be, but to a child who did not like snakes, they were dangerous and would do me harm.
My sweet brother got a good talking to.  It is a good thing my Mom was not feeling well as it would have been one of those times when gathering a switch would have been the order and I am sure she would probably have used it in different circumstances.
YES I AM STILL AFRAID OF ALL SNAKES AND YES I STILL BELIEVE THEY WOULD DO ME GREAT HARM.
Did the phase my Brother, NOT such a sweet child!
From the Pen
of Noreen
July 2018
PS; when we lived on the farm and I was picking my asparagus There was a snake in the patch.  Never went without my cat Chicklet. She did do in a tiny green copper snake YUK You see I still need protection even as an adult. 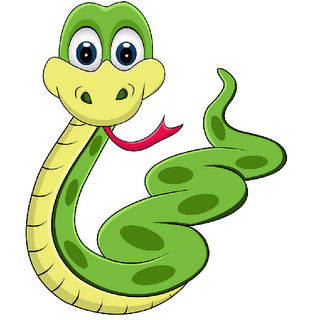 Hitching a Ride Cross Town — From the Pen of Noreen Tyers