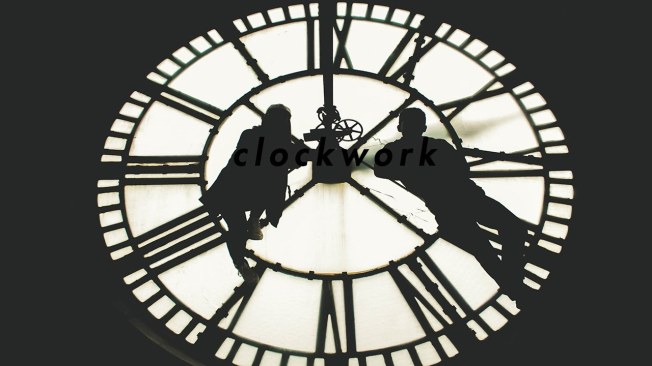 In May of 1993 the old clock that stood guard on the Almonte Post Office building was deemed fixed– or sort of. But a few days later the repaired clock ground to a stop with the hands locked in at 9:10.

Gossip on Mill Street said the clock should be fixed in time for the Ice Cream Festival– or maybe not. A Canada Post employee named Don McMillan had fixed the pulley system but the chiming mechanism still had a mind of its own.

McMillan said that it really wasn’t his fault as the ghost that lived in the building just hated to be kept awake. Some had spoken of the ghost before, but no one had really seen it except for Don McMillan. One day returning from the belfry tower he had found a previously  opened door closed. Then there was the day that the basement lights were turned off– but the lights had been on when he went up.

Even though Don swore up and down there was a ghost in the building– some disagreed with him and then there were those that agreed on the poltergeist. Harriet Byrne had heard footsteps and so had several former Post Office staff.

Byrne assured everyone that the repair crew would return and fix that darn clock, no matter how much it irritated the Ghost of the Almonte Post Office.

In 1921 a severe electric storm accompanied by heavy rain, wind and hail stones, passed over this district. It was the most severe of the summer. The roof of the dyeing room at the Rosa­mond Woolen Co. mill was lifted off and is being repaired. The hail stones, many of them as large as marbles, fell for ten minutes and shattered the north face of the town clock on the post office. The clock did not stop however and it ticked serenely on as it always does whether on time or not and still smiles down with its battered eye. Many trees were damaged and all around the district the gale swept things before it.

In the nearby town of Almonte, there is a clock on top of the old post office. This clock runs, with its original mechanism. I got to know James, who maintains and winds the clock, and he offered to give me a tour.. CLICK 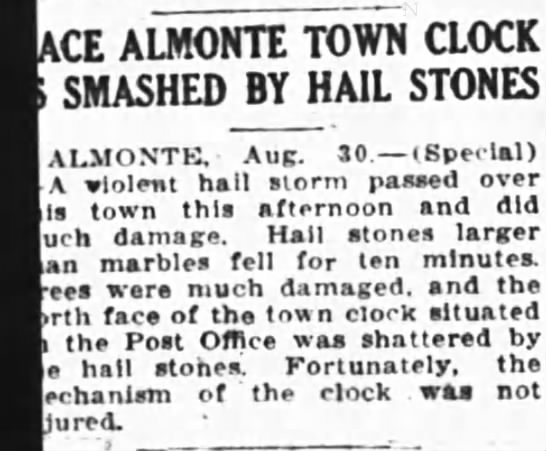