In May of 1910 Rufus Weedmark was charged with the murder of his wife, Katharine in his home at Smith’s Falls on April 10 after only 40 minutes deliberation. After the returned a verdict of murder Mr. Weedmark was then sentenced to hang by Chancellor Boyd on Dec. 14.

Weedmark received the verdict  without any emotion and his line of defence had been that he had been drinking heavily and had been provoked by his wife.  Imagine how someone might get away with murder, just being under the influence of liquour and the blame of his wife’s emotions. But it happened frequently as women were on the bottom of the food chain.  Weedmark was found of sound mind and was said to have spoken with quite intelligence on the morning of the tragedy.

In 1910 there was an unprecedented record for hangings in Ontario. The first to die was Robert Parker, the aged Hastings county murderer. The others were Thomas McNulty and Mary Dolan, convicted at Barrie of strangling their illegitimate child, and Rufus Weedmark, who was called the Smith’s Falls wife murderer. 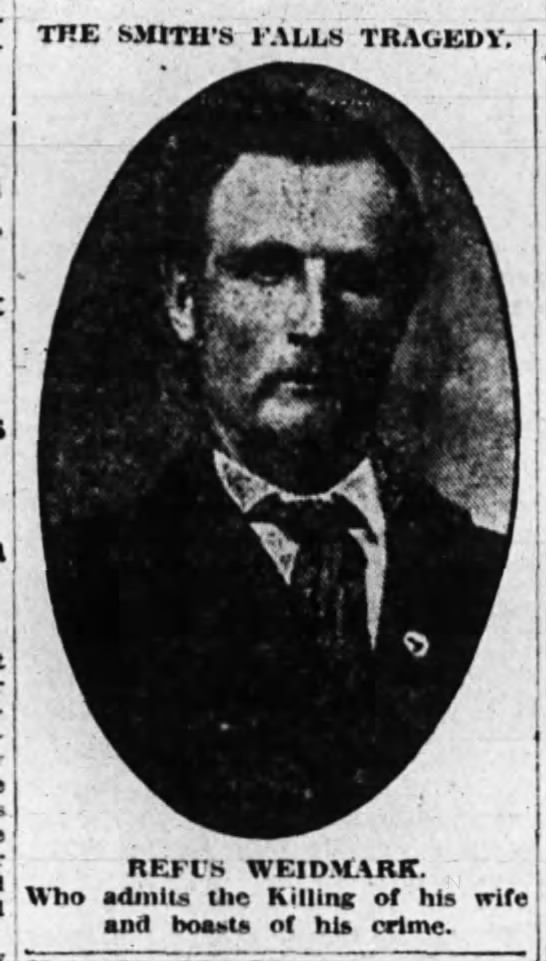