I would say that The Littlest Hobo was an enormous part of our Canadian television heritage and it arguably had one of the best TV theme songs ever. It was a prime example of Canadian television done right. Airing for six years in 80 countries, it then went on to live a full life in weekend morning re-runs on CTV, its parent home, until 2013.

One episode helped propel a Canadian actor to stardom. The episode encouraged a paraplegic boy to enter a Frisbee-throwing contest to the dismay of the youth’s overly-protective widowed father, who hates dogs because his driving at excessive speed and swerving to avoid a stray dog led to the car crash which killed his wife and left his son paralyzed. When Hobo saves the boy’s life, the father finally sees the light. Who was the actor in this episode?  It was a young Mike Myers, as the paralyzed boy’s friend, Tommy.

There was also a young man from Renfrew who appeared in the show also. John Ferguson, who was in a slew of Canadian movies, including David Cronenberg’s 1979 film The Brood. He had also been bellhop at Toronto’s iconic Royal York Hotel. Does anyone know anymore about him? I don’t think there is anyone who doesn’t like The Littlest Hobo– it’s like people not liking firemen.

Photo from Heart & Soul —Any memories of John Ferguson? 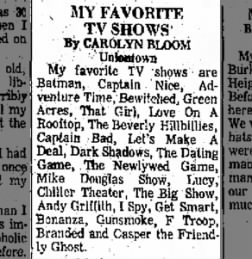 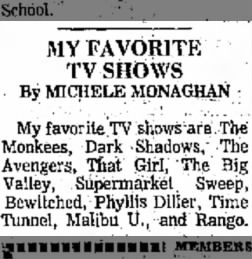