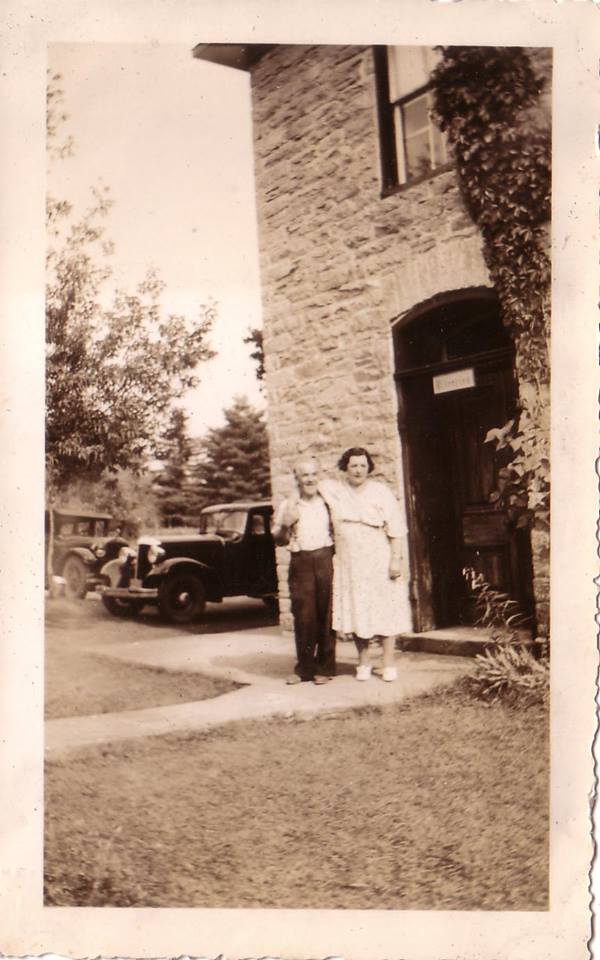 Noreen Tyers—Grandparents in front of Richards Castle, in Snow Road
around the 1940’s John and Charlotte (Mavis) Lahey Summer holidays at the Stone House.

My childhood Memory– by Noreen Tyers

Preparation was started and soon Mom start gathering up
The items that were needed, but she didn’t have to bring her cup

We travelled in the back of Ogilvy’s old delivery van
On the long winding, unpaved roads, that was the plan

The reason this was so special and I loved it so dearly
We would be with the extended family, some years all of them nearly

The Old Stone house, so elegant and quaint
When I think of it, Grandpa really was a saint

Between the Dinning Room & Living Room there was pocket doors, just such a delight
We would play Elevator until an adult came along and got us in sight

Each year, I try to travel the roads and visit, this spot
No inside plumbing or anything like that during my stay, instead under the bed came Out that good old Chamber POT

Lines from the Pen