Now here was my very own smocked dress not a hand me down, it has quite a good size hem to let it down. Photo- Noreen Tyers
There was nothing I liked better than going down the street to Grandma and Grandpa’s on a Saturday Morning. It was so enjoyable to just visit and chat. Grandpa was always a wealth of information, and told you stories and things that happened when he was just a boy enduring The Great Ottawa Fire that his family was involved in. It was also breakfast time. I think part of the reason I enjoyed it so much it was quiet and you were not in competition with your siblings,  which I had three. I would be asked if I had breakfast and would say yes but Grandma would asked if I would like a piece of toast.

The Great Fire of Ottawa 1900
Grandma and Grandpa had an electric sandwich toaster, and their toast was better than toast at home. Our toast was made on top of the coal stove, which had been wiped clean with a piece of waxed paper, (wrapper off bread) usually recycled from something. In those days you were taught waste not, want not. The toast at my grandparents always tasted better not scorched on a coal stove but toasted to a golden brown. Grandma would bring the plate of toast in and always there was some kind of home made jam or honey. It just tasted so good and I would savour the taste. 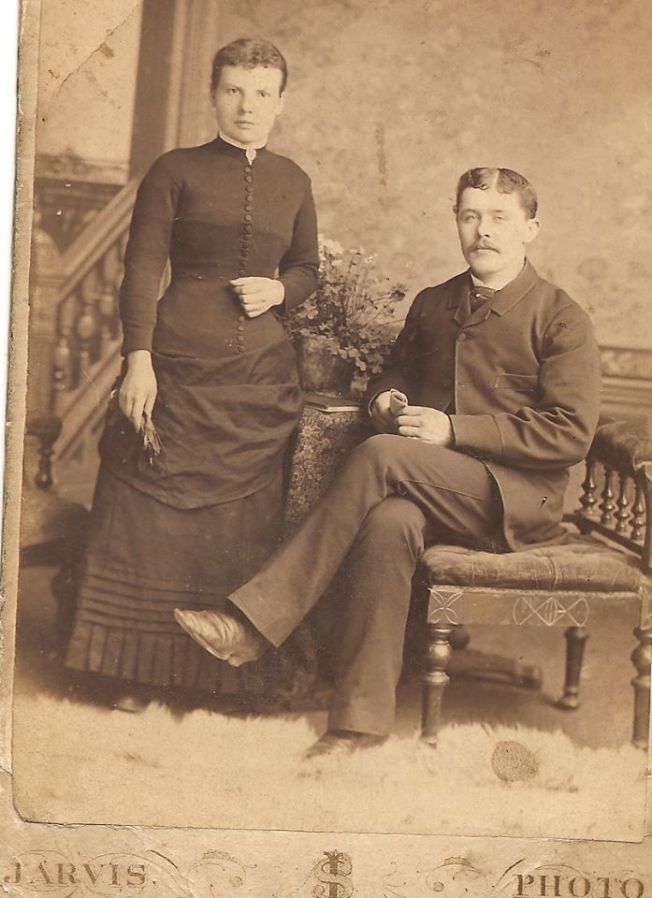 This is my great grandparents John and Jessie LAHEY–Noreen Tyers
Sometimes Grandpa would ask if I would like to butter his toast and to me that was an honour, grandma usually did this job. There was always home made butter made from cream,  and on occasion I was shown how to beat the cream into butter. (Mind you I did have tired arms after this experience.) The skill of buttering toast did not just happen and you had to be taught the right way to do it. Grandpa would tell the tale why so many children did not eat their crusts, as this was due to the fact that the toast was not buttered properly and the corners would be dry. He would also say people who didn’t eat all their crusts did not have a restful night as the crusts would sit on the end of your bed and haunt you.
These creatures were in the shape of the crusts you did not eat. And left on the plate. (Now today this might be considered child cruelty). But grandpa would explain to take a good sized piece of butter and place it in the centre of the toast. You would then spread the butter to a corner, you continued this until you did all four corners. If you did it properly the butter was evenly spread and every inch of the toast was covered with no bare spots. Now what I learned was that the toast was so goooood and the butter had soaked in everywhere.
If by chance you did not do it right it would be handed back to you to do the right way. Today I do butter my corners and no I don’t leave the crusts but gobble them up, the only thing missing is the homemade butter and raspberry jam, which the berries came from the bushes in Grandma’s back yard.
From the Pen of Noreen