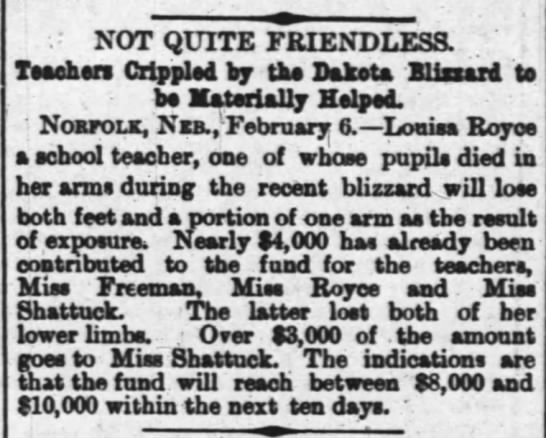 The Great Blizzard of 1888 or Great Blizzard of ’88 (March 11 – March 14, 1888) was one of the most severe recorded blizzards in the history of the United States of America. The storm, referred to as the Great White Hurricane, paralyzed the East Coast from the Chesapeake Bay to Maine, as well as the Atlantic provinces of Canada.

Snowfalls of 10 to 58 inches (25 to 147 cm) fell in parts of New Jersey, New York, Massachusetts, Rhode Island, and Connecticut, and sustained winds of more than 45 miles per hour (72 km/h) produced snowdrifts in excess of 50 feet (15 m). Railroads were shut down, and people were confined to their houses for up to a week. Railway and telegraph lines were disabled, and this provided the impetus to move these pieces of infrastructure underground. Emergency services were also affected.

But in January and February of the same year there was also a huge storm that paralyzed the country.

So Where Did Carleton Place Disappear to on The Weather Channel? Linda’s Mailbag