THE LITTLE RED HOUSE. Postcard from 1907 showing the oldest house in Perth. The Fraser Home as it was known in 1963 at 55 Craig Street was built of logs in 1816. Constructed by Lieut. John Adamson the house has served at various times as tavern, school, church, public hall, masonic lodge and printing office. Rev. William Bell held his first services in the attic of this house and Rev Michael Harris use the same quarters for his Anglican serves for three years, 1819-1822. A mid-19th-Centruy fire partly damaged the house and H.R.H. the Prince of Wales suggested in the course of a visit in 1860 that the exterior be clapboarded and pained red. This was done five years later. Perth Remembered 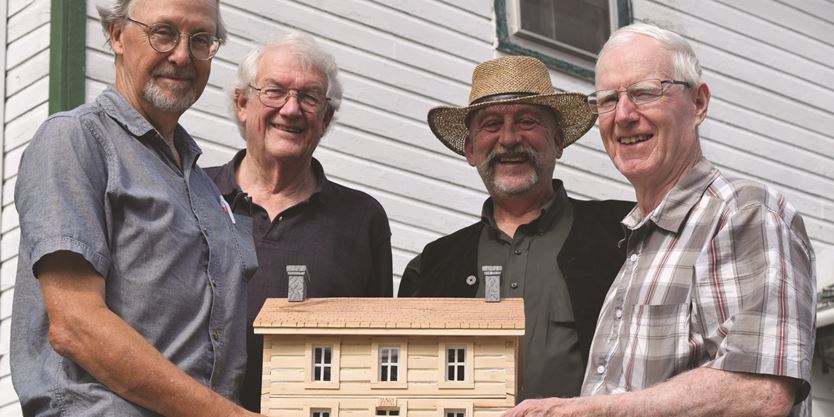 Renovations continue at the historic Red House–Owner has hopes to move 55 Craig St. to Algonquin College campus nearby

Perth’s historic “Red House,” with its iconic red front door, at 55 Craig St., has been sold.

Brent McLaren, chair of the Heritage Perth Advisory Panel, made the revelation at the panel meeting on Monday, May 16. Read more here.. CLICK

The Haunted Canoe from the Jock River