The prime example of this is his account of the Deacon murder. As the story goes, in about 1870, Thomas Deacon, who lived on the Mud Lake Road, became enamoured with a Miss VanKoughnet. Mr. Deacon had a wife, however. Although his wife was ill, she was recovering, but then she suddenly died. Neighbours became suspicious when Thomas Deacon arrived at the funeral with Miss VanKoughnet. As the casket was being lowered, George Monds called a halt to the proceedings. Deacon was grabbed and placed under guard. Eventually it was revealed that Mrs. Deacon died of strychnine poisoning, and Deacon was convicted of her murder at the courthouse in Harrowsmith, after much testimony from various neighbours. Deacon was hanged for his crime.

The story eventually became the subject of a ballad, which is reproduced in the book. On several occasions the ballad repeats a line that reveals certain prejudices of the time, and twas by a foolish serving girl that he was led astray 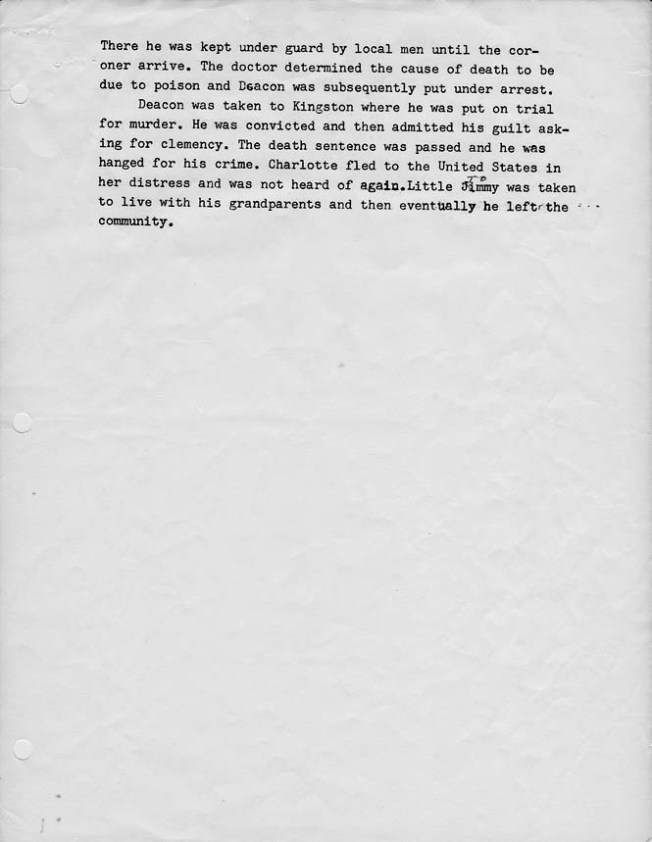 From Clarendon and Miller Archives.

Charlie Armstrong was born in Mountain Grove, Ontario, on September 27, 1908. He moved to Plevna in Clarendon and Miller in 1911. In 1928, he left for business college and a 30-year career in the Air Force. He continued in life insurance and real estate before finally retiring to devote himself to his Plevna retreat. Away Back in Clarendon and Miller was the first of several manuscripts that kept him busy when he wasn’t gardening, or hunting, or fishing or just relaxing with a book and his beloved pipe. He died in July 2003.