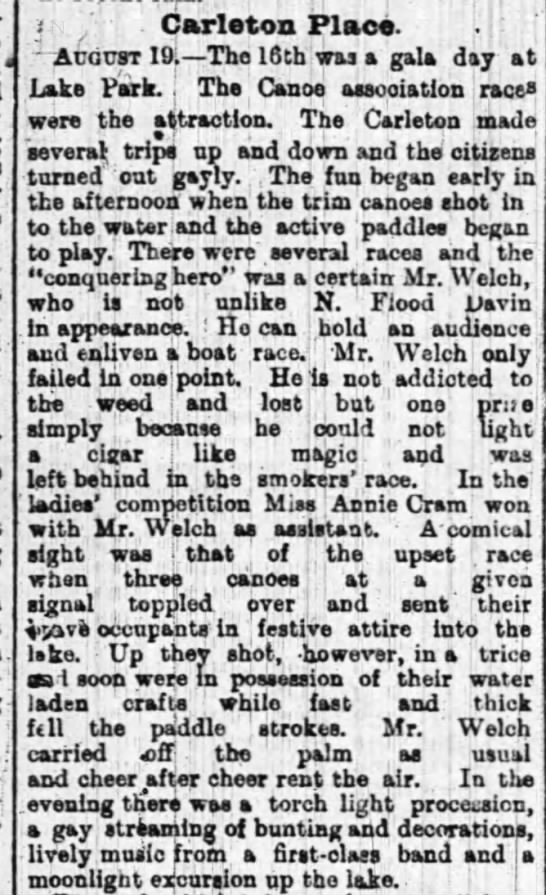 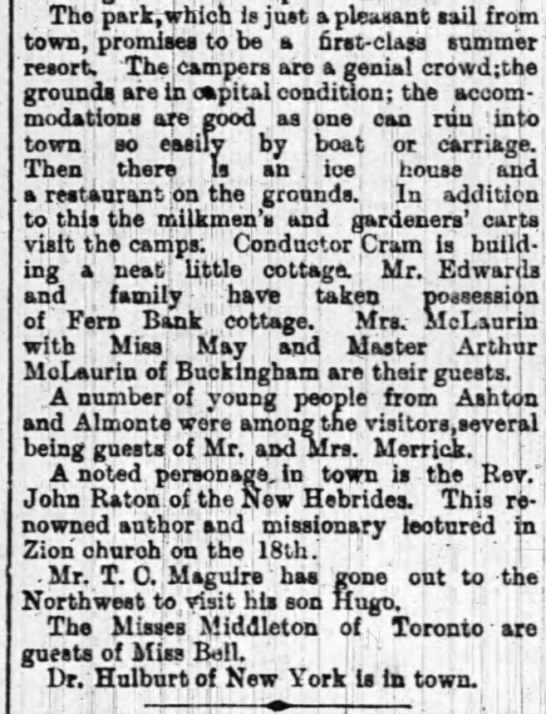 This is the first Carleton Place Canoe Club’s all woman’s war canoe crew. Darlene Page’s grandfather was the coach–Her aunt’s also in the photo too (lady girl on the right) Her grandfather, Clarence Waugh, was in the middle standing. Darlene’s Aunt’s name was Deloris Agnel, maiden name Julian. The year would be 1940s.– Photo Darlene Page

For in the cradle of these waters, the Ottawa Valley Canoe Association (OVCA) was born in 1893. The Carleton Place Canoe Club is the oldest continually operating club in the country and is the only surviving charter member of the Canadian Canoe Association. The club has consistently produced athletes who qualify for the highest levels of competition at the provincial, national and international level. These range from Ontario team members to Canada Summer Games team members, Junior World Championship competitors to Senior National Team members, Pan Am Games to the Olympic Games.–Carleton Place Canoe Club

Second from left is Ivan Charalambij who defected from Romania in the 1976 Montreal Olympics and spent a couple of years competing out of CPCC. Ivan, was a member of the Romanian paddling team. Ivan never got to compete in the Games because before his event he’d already decided a future in Canada was more golden than any medal he might win for an oppressive Communist regime. His son Mykhailyk Charalambij, is an Ottawa athlete who has been a champion in both solo canoe racing and cross-country skiing.

The Devil, a Regatta, the Enterprise and a Gale

Carleton Place in 1907–Town Likely to Boom Once More