This Findlay Family photograph 1916 depicts William Findlay (Bill’s grandfather and son of the Findlay Foundry founder, David Findlay) along with his wife and four children.

Seated in the front is Mr. William Findlay, his wife, Mrs Annie Shaw Cram Findlay, and their youngest daughter, Rosamund. Standing behind them are their three oldest children, William Fraser (Bill’s father), David Douglas, and Dorothy.

This photograph was taken in 1916, the day before David Douglas left for the war. Photo-Carleton Place and Beckwith Heritage Museum 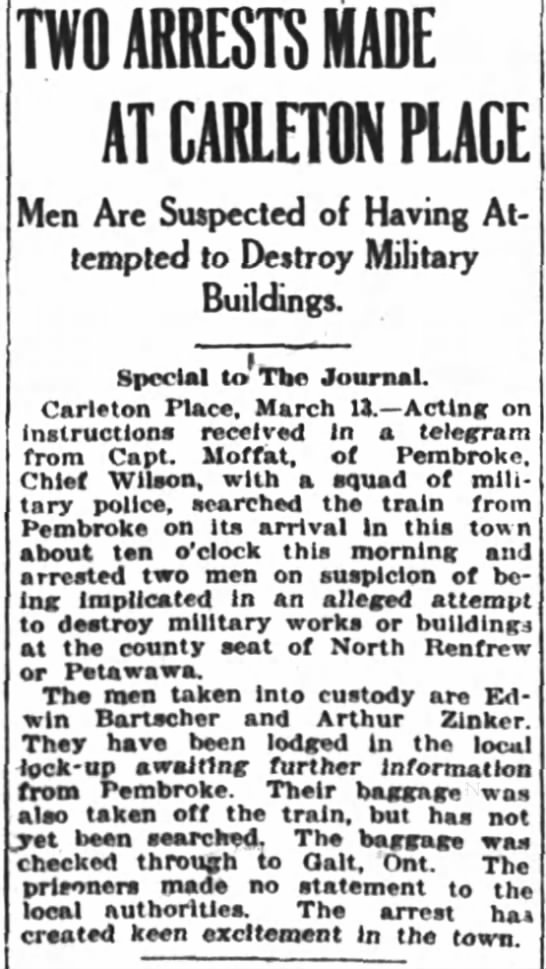 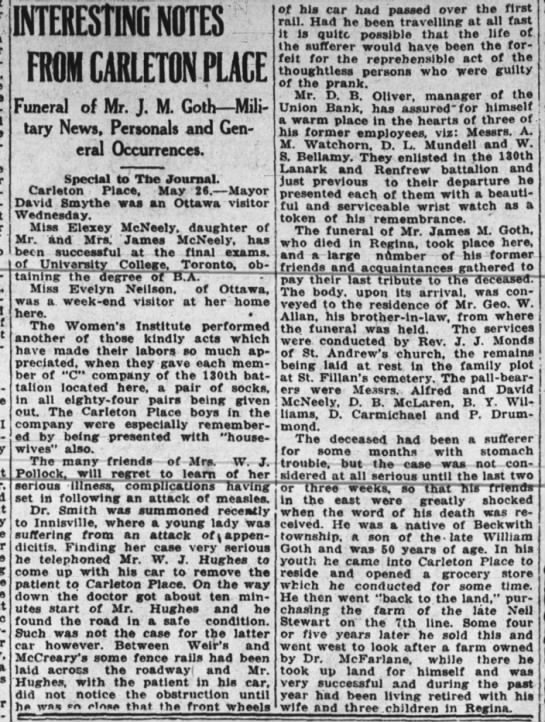 Did you know the Carleton Place schools were named by the students?

Bill Crawford-– Thank you for your memories I see a few names on this list that I recognize from growing up in CP in the ’50’s & 60’s. Staunton Stansel was an early neighbour on Charles Street. I remember riding on the back of his flat bed delivery truck. Harry McKittrick was a neighbour of ours on the Town Line. Olive Powell taught me in high school. These people were passing from primer to first in 1916, which was 40 to 50 years before I knew them! Also on the list were Earl Cooke (from Cooke’s shore of the big lake,) who was a family friend, and Mac Williams, who was a wonderful man & a fixture for many years with his pharmacy on Bridge St. across from the old Central School (which was located where the current Post Office now stands