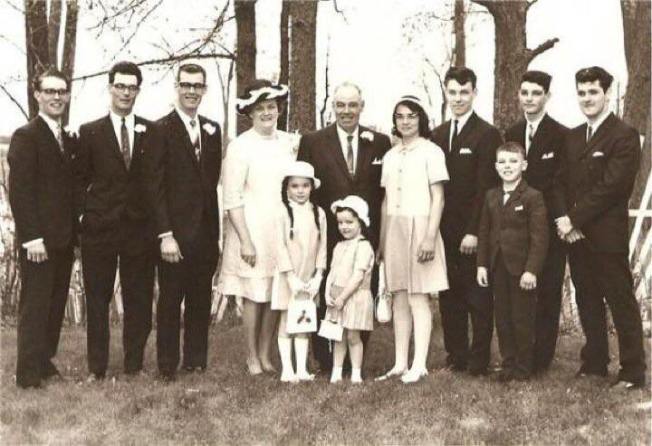 A photo of my grandparents Doreen and Stewart Drummond in 1942 with their firstborn sons, the twins Gilmour and David.
they would go on to have a total of 10 children– 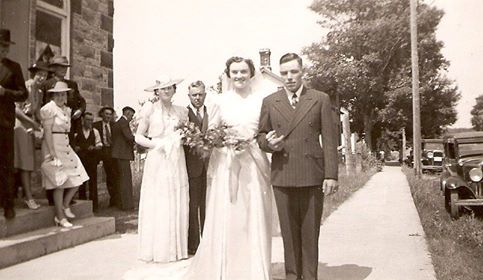 This is my Grandparents’ wedding day in Ashton, ON. Doreen Mildred Simpson married Stewart Drummond. Behind them is my grandmother’s sister and my great aunt Audrey Simpson.

Did You Know This? “The Rest of the Story”