The entire block headed by Lake Ave East and sidelined by Campbell Street, Argyle and Lisgar Street in Carleton Place was once owned by the Morphy and Cram family. The family stone home was built by the Morphys, and additions were made by the Crams and Seccaspinas. Behind the house, facing Lisgar Street, held hundreds of raspberry bushes and a small stone pond which is now buried over with sand at the bottom of my property.

The Cram family ran the local tannery where the Senior’s Citizen building on Sussex Street is now located. Their family consisted of  a son Arthur (Art) who was killed in a motorcycle accident on High Street in July of 1929. His friend, Don Moffatt, was badly injured. They Once Lived in My Home– Arthur Cram.

The Cram’s two daughters were: Constance and Angeline (Angelene), who was also called “Babe”. After their parent’s died the two girls sold the Lake Ave East home and moved to McArthur Ave. into the home formerly owned by Franklin Abbott. 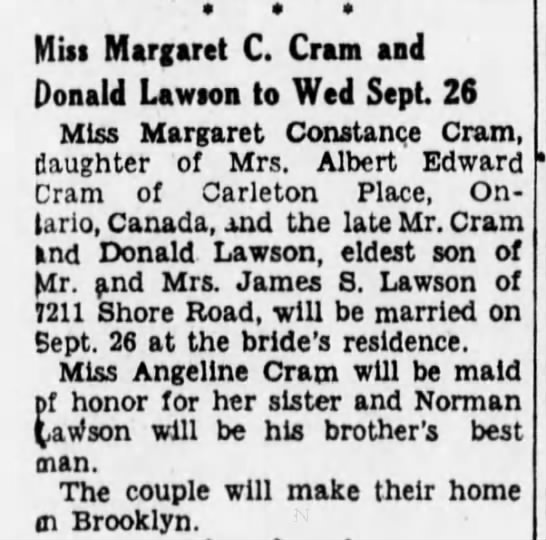 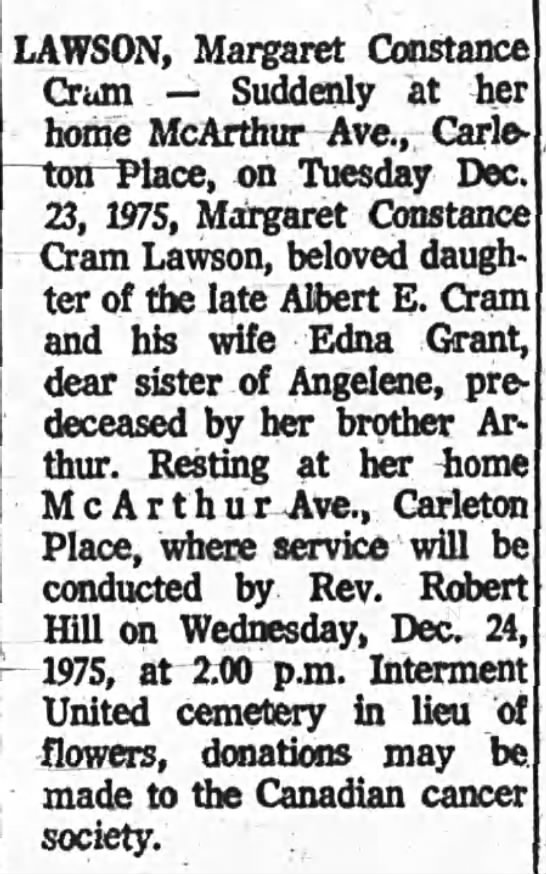 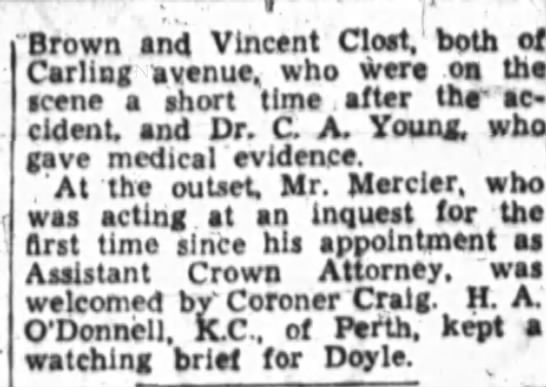 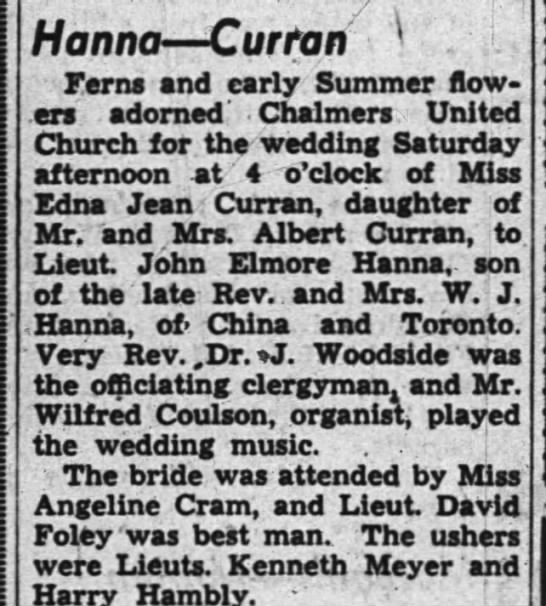 I could not find much else on  Angeline “Babe” Cram, but it seems she remained a spinster. Her sister Margaret never remarried, and she died in their home on McArthur Ave. “Babe” Cram however might have remained a spinster, but she was quite the badminton player in Carleton Place where I found several notations about her. No matter how hard I tried nothing was mentioned about Angeline was mentioned after 1942. She was still alive in 1975 so come Spring I will go check the United Cemetery.

What’s Changed in Your Home in 40 Years?

So Where Does the Water come from Under my House?

Do You have an Archaeological Find in Your Carleton Place Basement?