You remember the Ouija board, right? If you went to pyjama parties as a kid, you might have played with one. With a few friends,  you would put your fingers on the pointer, and asked  the board many questions. The pointer seemed to move of its own accord as it spelled out answers to your questions. Maybe you thought it was a fun game, or that you were actually speaking to the dead. Maybe you thought more sinister forces were making it move, or simply someone else sitting around the table.

I used to glide the little pointer around like a champ and one night we all scared each other to death.  Now I use it as a decoration.  Some of my friends have tried to get rid of their boards by throwing them in the garbage, but some of the boards kept coming back. When we were cleaning out my Grandmother’s house, we found a Ouija board in the back of a cupboard and I asked my Dad where it came from.  He got white in the face and said my Grandmother had thrown it out when she found her household helper Gladys with one. My Grandmother, the staunch Anglican, would have nothing of the sort– but some how the board came back. That was one for the books. 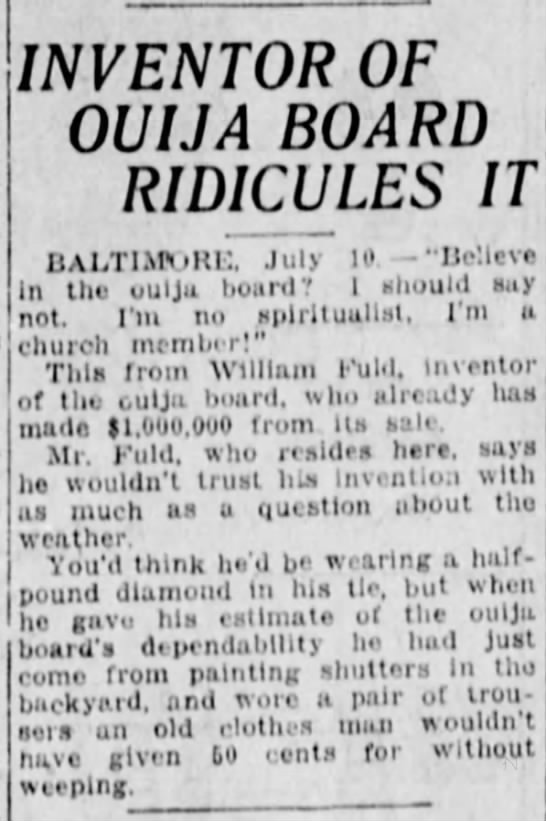 It’s widely accepted by scientists that the Ouija board works through the ideomotor effect. The people whose hands hover over the little pointer that glides around the board are actually moving it to spell out the answers, even if they don’t mean to. Ideomotor movements are unconscious gestures we make in response to strong ideas or emotions.

Ouija boards have their roots in 19th century America, and the spiritualist movement. Communicating with the dead was common, it wasn’t seen as bizarre or weird and the movement was led by mediums, who claimed to be intermediaries between the living and the dead. Talking boards were soon established and, in 1891, businessman Elijah Bond decided to turn the board into a toy. Hasbro now owns the patents to Ouija boards.

Did you know that L.M. Montgomery, the creator of Anne of Green Gables, resided in the manse on the grounds of the Presbyterian church at Leaskdale, Ontario? Her husband was its minister from 1911 to 1926. In her diary for 13 April 1919, Montgomery recorded how she and close friends used the Ouija board. Apparently, she found its messages quite comforting.

As early as 1906, Montgomery was performing séances with her friends, and she writes extensively throughout her journal of Ouija boards, spirits and ghosts, fairies, UFOs, and other psychic phenomena. General interest in spiritualism and in the possibility of making contact with the dead increased in the aftermath of the First World War.

Spiritualism caught on in America in 1848 with the Fox sisters. They were young girls from upstate New York who claimed to communicate with a spirit in their house via a series of unexplained rappings. Spiritualism blossomed from there, with as many mediums popping up as there were spirits willing to spill the secrets of the afterlife.

Ouija- it’s only a game right? 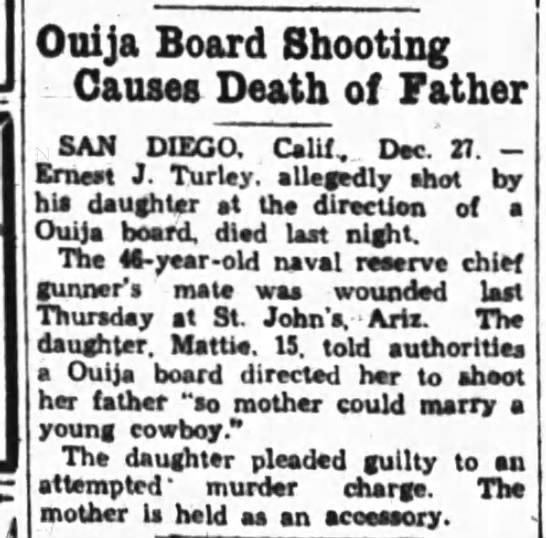 “We have a family home on the outside of Ottawa in a little town named Osgoode. A long time ago when I was 12 we had this stupid idea to use a ouija board. They sell it at Toys R Us, but seriously it’s not a game. Plus the fact that we did contact with a ghost named “. Read More here:

This is the Witchboard Ouija board that was given out as a promotion when the first movie came out. They became collectible. At one point I was selling any old vintage Ouija boards I found. Some were even made in Salem. This was one of the rarest boards ever found and went for quite a bit of money. Now all I have left is the one on a bed in my hat room. That’s enough thank you.:)

Ouija Board Cake I had made for the Victorian Seance Night at the old Mississippi Hotel years ago.

My Grandmother was Mother Barnes-The Witch of Plum Hollow