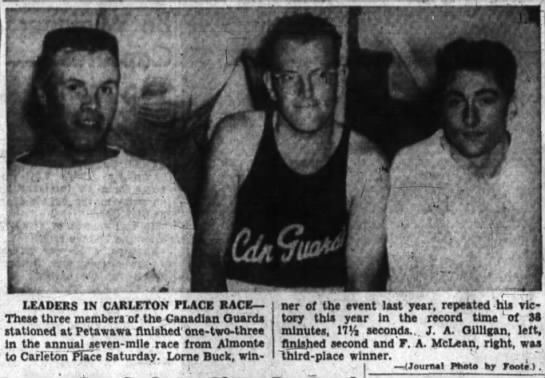 Each year on Victoria Weekend Carleton Place was the place to go as the Carleton Place Chamber of Commerce sponsored a marathon race. It was a 7 mile race from Almonte to Carleton Place and they came for miles to run this race. They began their race just outside of Almonte and finished at the Carleton Place Town Hall. It took them just a little over half an hour to complete the race. 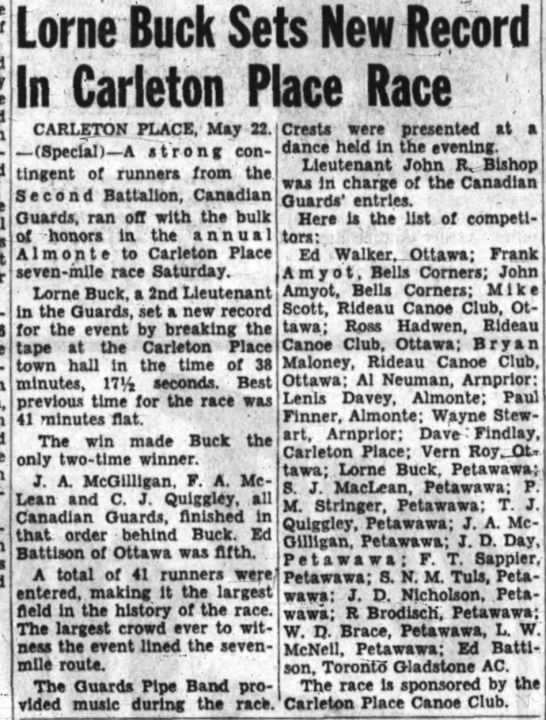 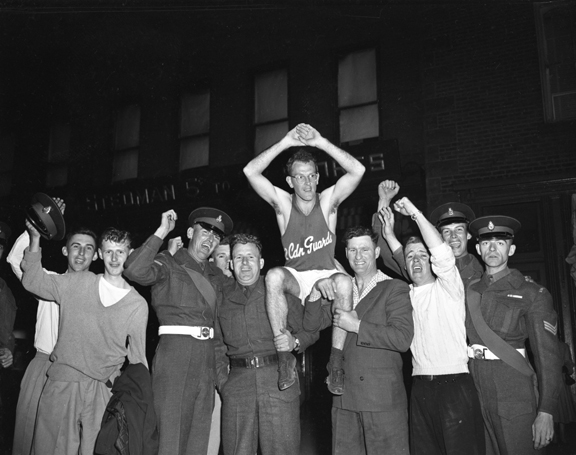 Marilyn White– It used to end at the old grandstands behind The Catholic Church. A huge dance was held upstairs in the Townhall. My first time to go to dance I was 16. Great excitement for the town.

Gord Cross  I also noted the newspaper article on the 1954 Victoria Day run from Almonte to Carleton Place. I ran that race with George Pike and we came dead last after running for 63 minutes. We had agreed to stay together until the bridge then it was each man for himself – neither of us had anything left so we tied for last (12th) place. The next year I ran it is 40 minutes and placed way down the list because a platoon of soldiers from Petawawa finished at the head of the pack. Such memories.