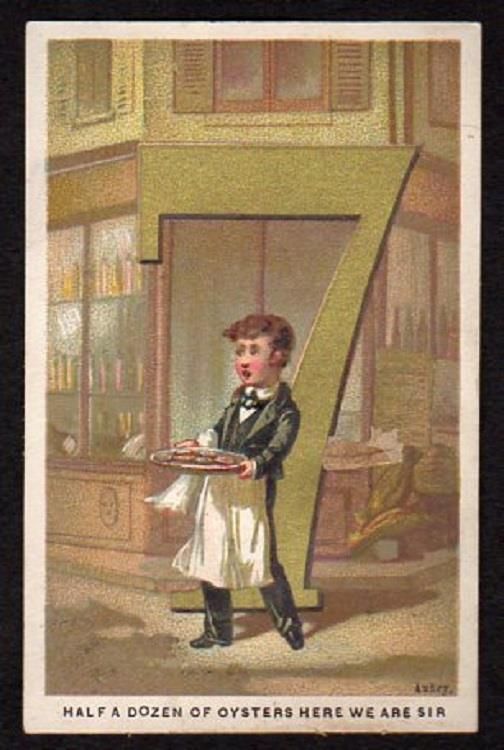 As ‘Dickens’ Sam Weller remarks in the Pickwick papers:
‘Poverty and oysters always seem to go together’.

What is with the Victorian obsession with oysters?—slimy rubber creatures that have no place in my menu. When I was a child, my father used to be in charge of the Cowansville Trinity Church’s annual Oyster Dinner. You would think they were serving filet minion the way his eyes lit up when the day approached.

Basically oysters with a  good pot of baked beans was the food of the poor, and the poorer you were the more oysters you would put in your pie and the beans in your pot. Oysters were plenty, the smaller ones sold as fast food while the bigger ones were put in
stews and pies to make up for the deficiency of meat. It was a cheap source of protein.

Photo from The Grand Hotel–2017

Oysters were also a typical food to be found in public houses and the local pubs where they were most commonly served with a pint of stout. Stout beers were popular because of their strong flavour, higher alcohol content, longer shelf life and because they were cheaper than other beers. The claims of Stout being a nutritious drink made the
pairing with oysters and a side of beans the perfect cheap meal for the working class on their way home with their wages.

Photo would not come up will find later

Photo January 1900 CP Herald
Found by Josh Greer- and property of Lisa Occomore and Brad Occomore of Valley Granite & Tile.. Mrs Love was located at the Good Food Co. and she began the famous Italian Candys. Margaret Love -From Sweet to Sour

Pick oysters free of any shells.

In a deep buttered casserole, mix together crackers, bread crumbs, and melted butter. Place a thin layer of crumb mixture in the bottom of the casserole. Cover it with half of the oysters. Season cream with nutmeg, salt, pepper and celery salt (if using). Pour half of this mixture over the oysters. On the next layer, use the oysters, 3/4 of the remaining crumb mixture and cover that with seasoned cream. Top with the remaining crumbs. Bake for 20 to 25 minutes, or until lightly browned.

Could This Be the Best Banana Bread Ever?