Saturday afternoon I scoured newspaper archives while watching Christmas movies on the W channel reading all about the fight between Dan Miller who owned the Queen’s Hotel and the town of Carleton Place.  I had written briefly about it before-(Dan Miller of the Queen’s Hotel vs the Town of Carleton Place), but had no idea that it went back and forth the way it did until I saw it in print.

It was basically a story about a stubborn man who thought he was right, and just felt more tax money would equal higher prices and less business. Being a former business owner I get it, but it just reminded me that things don’t change no matter what year it is.

There was no doubt in my mind that both sides attempted to draw in their fair share of the townsfolk’s opinions into their squabble and a vicious “he said, she said” ensued. Instead of working together they fought viciously against each other, and really who won? These back and forth newspaper clippings are worth reading, if not to instill in us that we need not to “threaten old widows” nor “board up our buildings” but all just try and get along. Dan Miller died 8 years later  on the 19th of June 1957 in a farm field in Ramsay Township at the age of 74. He is still a person on my list I would have liked to meet as I will always admire people with convictions. 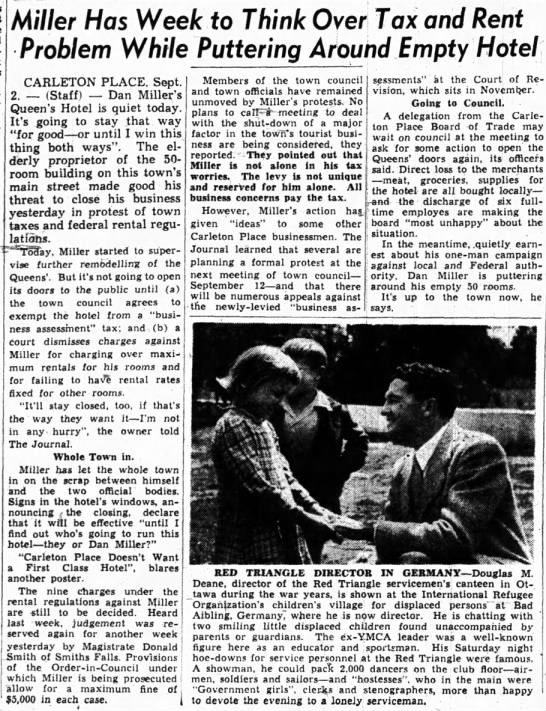 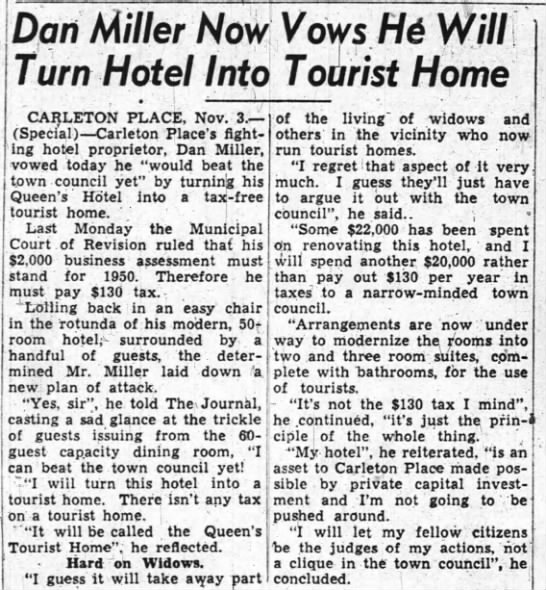