It was thought that this fire occurred in 1915 but it was 1913 as I found out yesterday. The china shop was located in the same location Kiddytown was.

Chief Wilson has telephoned to the surrounding towns for a piano tuner who rented a horse and rig a few days ago in Carleton Place and has since failed to return. The animal is a small black mare and was attached to a top buggy.

An Indian arrow head of copper was unearthed by the water works excavators
at the corner of Victoria and Allan streets a few days ago, and is now on exhibition in Dr. McIntosh’s drug store window.

Mr. W.S. Healey, specialist in motor  mechanism, packed up his household effects on Tuesday and moved to Stittsville, a mile and a half from which he has discovered a
grotto in a spruce and balsam woods, where he has erected a little cabin.
There, all alone, he will put in the winter in the hope of curing a deeper seated case of asthma from which he has been a sufferer for some years. He hopes to emerge- in the spring with a recast breathing apparatus, and resume his work in Carleton Place.

Mr. Richard Finners started out this morning on his regular rounds for Mr. Stevens, in apparently good health. He delivered goods at Mr. William Moffatt’s and on the way to
his rig passed some jocular remarks with Mr. R. Dowdall; then stood and watched the engine and spoke with the engineer, Mr. Playfair, when he suddenly lurched forward and fell on his face. Mr. Playfair hastily summoned Dr. McIntosh, but before he arrived
life was extinct. The body was conveyed to Patterson Bros. parlors. Deceased was about twenty-six years of age and was married but a short time ago. 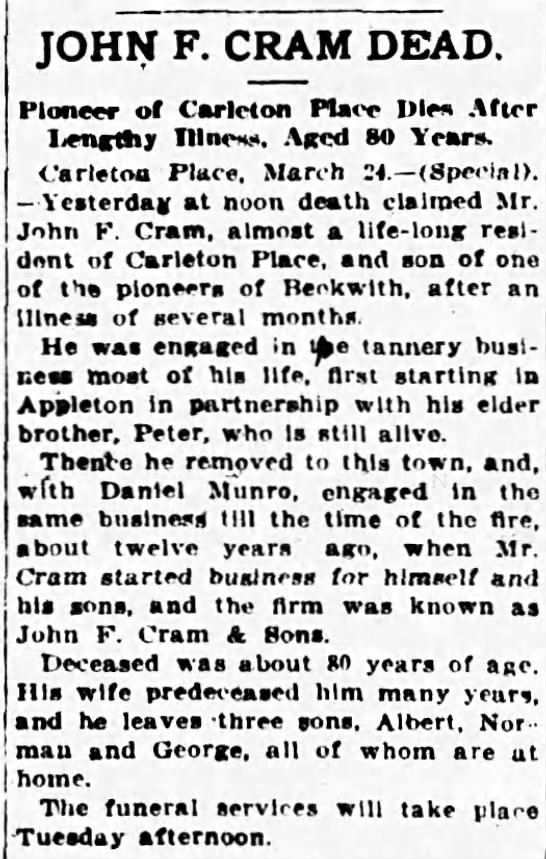 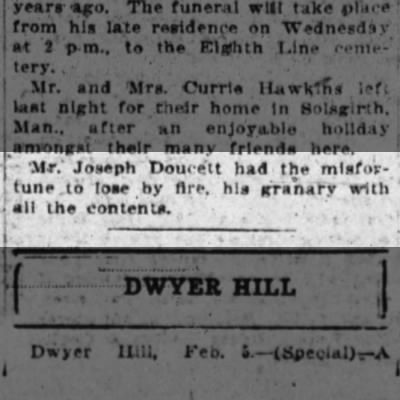 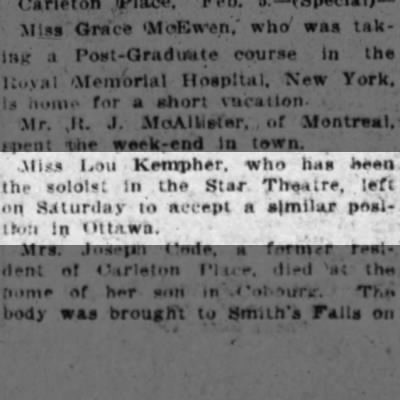 This building started out as Leslie’s China Store and was operated by Mrs. Leslie circa 1890.  There was a fire in 1913 but later R.R. Powell operated a grocery at this site. The first of two Powell Grocery locations opened and  chose the Leslie Building, next to Comba’s furniture store.

Mr. Powell was the Sunday School Superintendent and he had three main interests in life: his business, his family, and the Methodist Church (Zion Memorial), which he attended regularly and was a lay preacher. It was a family run store and each helped in the store and he also employed Roy Whyte of Lake Ave East as a delivery boy. The oldest girl was Gladys. (Mrs. John Lashley and her sister Olive was a very popular CPHS teacher) Fern worked as a civil servant and Bert went to college and never returned to Carleton Place. Read more at:  Carleton Place Then and Now–Bridge Street Series– Volume 4- Leslie’s China Shop to Rubino’s/Giant Tiger

The Winners of The Lanark Fair 1913