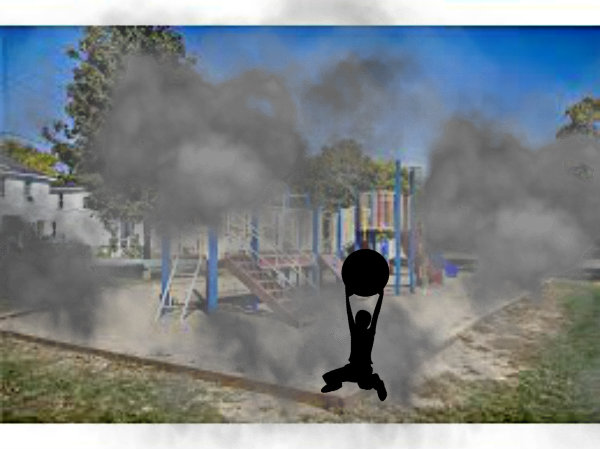 There seems to be a lot of ghosts in rural towns that were once past old settlements.  I get asked all the time if I know about certain ghosts in various homes in Lanark County. True hauntings are rare occurrences, and it can be difficult to determine whether or not any strange activities in your home are due to a haunting.

For one thing, theories on what ghosts are and what a “real” haunting is—what causes it or why it starts—vary wildly. I have had quite few unexplained things happen in my home, and a lot of sightings of fleeting shapes and shadows, usually seen out of the corner of my eye. Those are called Shadow People and many times, the shadows have vaguely human forms, while other times they are less distinguishable or smaller like at the home on Lake Avenue East.

Janice Lynch emailed me asking if I knew about a William Street ghost:

Well, William Street, as I recall, had its list of tragedies, perhaps, more so than any other street in Carleton Place. One child, Cecil Cummings, fell to his death at the end of William Street, and then someone from the Glover family was also killed that lived around that same street.

A young Glover child was crushed under a lumber yard wagon and fatally injured while sliding down an incline on William Street in front of his home. His lifeless body was brought into the house where he died within minutes. It is said he still shares the home where he died spiritually, and noises have always been heard upstairs where some rooms feel colder than others. A large mirror in one of the bedrooms was placed strategically for a view of the hall that is full of noises at night, but no apparitions have been seen, just shadows and noises.

So is this the same home that Janice inquired about? Is it really a boy and not a girl? The truth is, it is very difficult to see spirits or ghosts. Even most people who have been ghost investigators their entire lives have never directly seen or experienced a ghost. There are psychics and mediums who claim to be able to see and make contact with those from the other side. If they indeed have this remarkable ability — and they might — it seems to be a gift that they have had all their lives. I had a medium come to my house on a house tour a few  years ago and she clasped my hands and said to me:

“The spirits are alive and well in your home.”

It was nothing I did not know having encountered shenanigans the first day we move in in 1981. We all wonder about death and the beyond, and we will never understand if ghosts do really exist. But, ghost stories are speculations, what I would call little experiments in death- but in reality all we have is now.

The Very Sad Tale of Cecil Cummings of Carleton Place