Bananas were virtually unheard of during Victorian times. Early attempts to introduce them to our northern climate met with failure because by the time they had been picked, packaged and then shipped, they had rotted beyond recognition.

Some did reach the UK shores, however, as was revealed by a recent archaeological excavation in London in which the remains of a sixteenth century banana was dug up. In 1999, while excavating in the Southwark area, Museum of London archaeologists discovered a blackened but well-preserved banana peel. They were able to date it to c. 1500, based on the level of the excavation in which it was found. Seeing I have not been able to find a decent banana in a few years I wondered if the bananas of the past were of a higher calibre.

The first commercial refrigerated shipment of arrived in 1902, and I have read many tales how bananas would sometimes be black still hanging in our local store windows. Yes, people would buy them, so I guess I should stop complaining about the bananas of today. A long time ago a farmer would sell you a piece of fruit you could sniff from 100 feet and you knew they were ripened on the tree.

Behind the facade of the supermarket fresh food section are many tricks of the trade, and even some optical illusions: tomatoes that appear ripe, but aren’t, 11-month-old apples, essentially put to sleep, sometimes for up to 11 months. Bananas that are gassed with a hormone and warmed yellow. The methods possibly do compromise taste and nutrition, but the supermarkets say they are done in the consumer’s name.

When transatlantic shipping re-commenced at the end of the war, the return of the banana was hailed as heralding an end to austerity and to the curse of the ration book. The government even instigated a national banana day in 1946 and that every child should have a banana that day. 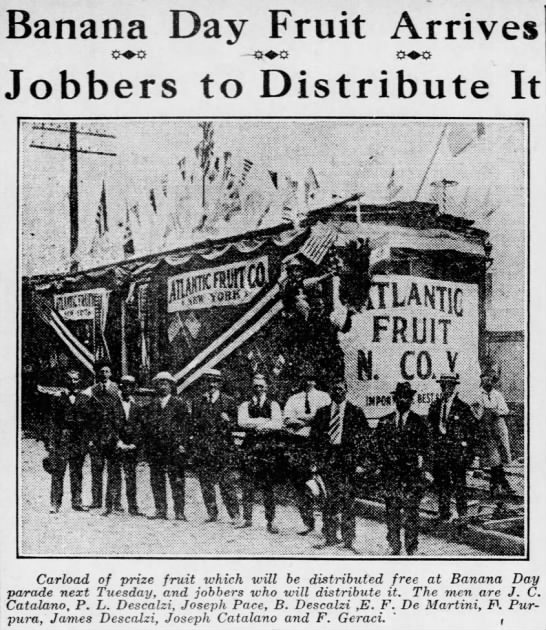 Sometimes You Need to Just Walk Your Potatoe