Circa 1940s Copper Cliff, outside Sudbury

When Roy Barnes dean of the file room at Copper Cliff steps out of Inco Service he says that when he retires he might buy himself a crystal ball, a turban with a big jewel and he will hang out a shingle that says he is a sorcerer. Not that he has any desire to be burnt at the stake or boiled in oil– but his Grandmother was Mother Barnes, the Witch of Plum Hollow.

He remembers the little whitewash log cabin where the attic was up under the eaves and she read secrets of the past and future in tea leaves. Rich or poor lovelorn maidens or politicians, they all came to see her and her fame spread far and wide.  Jane Elizabeth Martin/Mother Barnes was of a gypsy stock, the 7th daughter of a 7th daughter, and was born in County Cork, Ireland in 1794. When she was 18 her father tried to force her into an arranged marriage to a man of his own age but Elizabeth fled the country with the man of her choice Robert Joseph Harrison and came to America. Needless to say her family disowned her.

They happily settled in New York and had a son, Robert Harrison, Jr.. and were happy until two years later when her husband died. Four years later she remarried and became Mrs. David Barnes and moved to Canada settling in Sheldon’s corners/ Plum Hollow near Athens which is about 15 miles south of Smiths Falls. Together they had nine children; six sons and three daughters. Their two oldest sons, John and Thomas, died as young children. David wasn’t the most reliable of fellas, and the shoemaker drifted away when their children were still small.  He took their youngest son, David, with him and moved to Smiths Falls, where the two stayed with an older son, Sam, who had ten children of his own. After being absent for several years Elizabeth turned to her gift of fortune telling to finance the life of her family. She never accepted more than her usual fee of 25 cents.

At first she acquired a local reputation for finding lost articles, but the stories of powers increased. She found lost animals, missing money and found a missing dead body that had been hidden in the waters of Lake Charleston pinned under a fallen tree by a murderer. 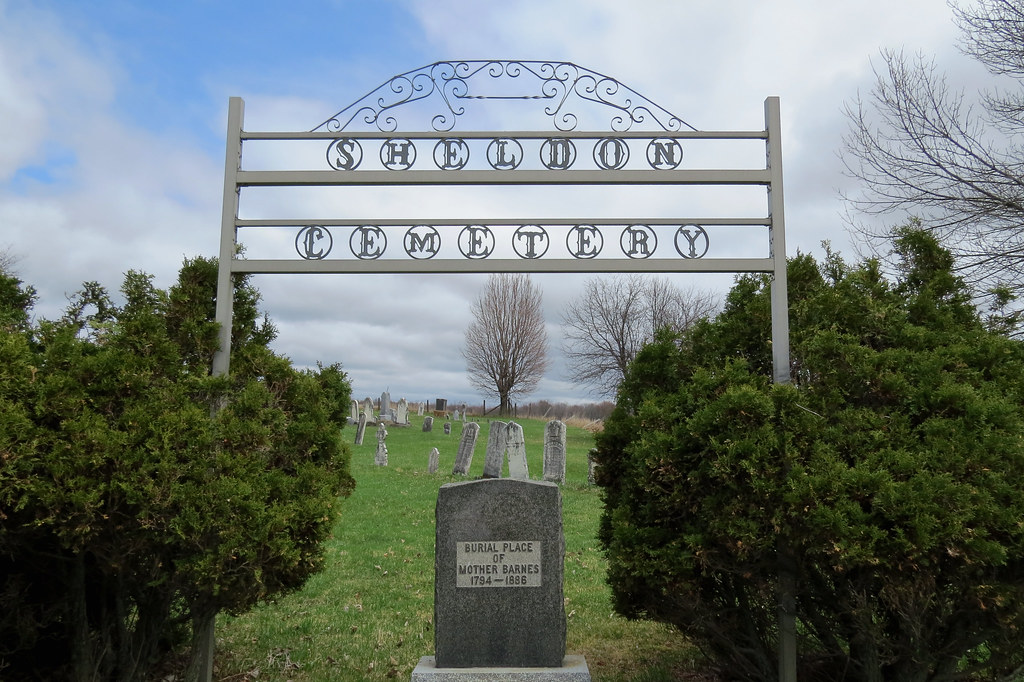 Roy Barnes remembers his Grandmother being a small woman, slender with flashing dark eyes, and slim hands with long tapered fingers. She always wore a dark dress with a cape or shawl and frequently make dried apples and tea. Many stories could be told of her magic but sometimes it is difficult to distinguish between reality and legend. She died in 1886 at the age of either 92 or 93 and her last resting place is in the northwest corner of the cemetery at Sheldon’s where three sons and several grandchildren are also buried.

One of her sons was Samuel, born in 1838 married Agnes Chalmers and they settled in Smiths Falls where 10 children were born to them. Of these the youngest was Roy C. Barnes who was a resident of Copper Cliff  from September of 1910 until he died. 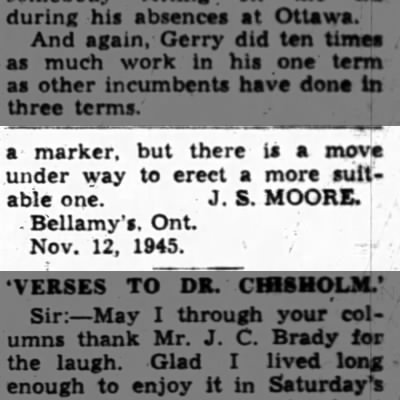 As much mystery surrounds Elizabeth Barnes now, more than 100 years after her death, as during her lifetime. Some sources show her date of birth simply as 1794 and her death date as 1886, while others claim that she was born on November 5, 1800 and died on February 10, 1891. Genealogical research has been unable to confirm or deny these dates.