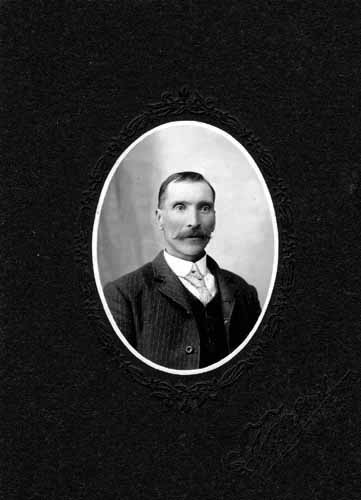 I am not an original Amati, but a copy, and my history begins in Italy. Sometime in the mid-1800’s I arrived in Canada to stay with Allan Ferguson, who lived in Dalhousie Township, Lanark County, Ontario Canada. I provided music and entertainment for the hoe-downs and lumber drives up the Pontiac and Madawaska Rivers and shanty parties, barn raising and other such social events in the counties of Dalhousie, Lavant, and Darling.

I accompanied my owner Allan Ferguson, son of Thomas Ferguson and Mary Mathie, to the Lake Nippissing area where Allan, a friend and Sir Hugh McIntyre’s nephew, went survey and purchase land for the Canadian Pacific Railway. A condition of the land grant, ie, granted by the crown, was that a residence had to build on the land. The lumber and building supplies had to be shipped up the Ottawa River from Ottawa (Bytown). 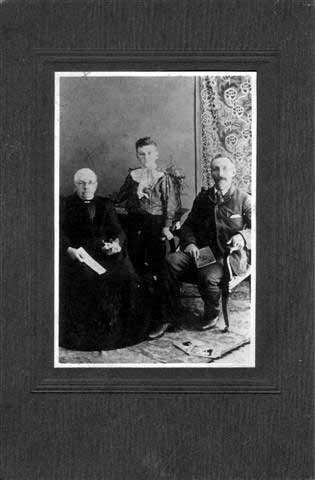 This is a picture of Annie Williams, wife of Alexander Ferguson, with their son, James, who married Margaret Burns and their son Alexander (Allie) Ferguson.-Melanie Mason/Charles Dobie photo

Since they were on the north shore of Lake Nippissing , why not name the spot North Bay Ontario . So that’s how the city of North Bay received its name In 1918, my owner, Alan Ferguson died in North Bay and I was passed on to his son, James Allan Ferguson. I was later brought back to Lanark County by James Allan Ferguson, known by friends as Jim “A”.

In February, 1921, the home of Jim A was burned in a terrible fire, in which he nearly lost his life rescuing me. I suffered damage, which was repaired by Uncle Thomas Elliott, who was a violin and bag piper maker in White Lake, Renfrew County, Ontario. Upon the death of Jim A, I was passed on to his son, Allan James, and upon Allan’s death to his sister, Jean Ferguson Allen of Ottawa Ontario. She had me restored by Charbonneau, a violin-maker in Braeside Ontario  and gave me to Keith Ferguson, the son of John Eldon Ferguson. The last known violin location was in in Point Claire, Quebec. 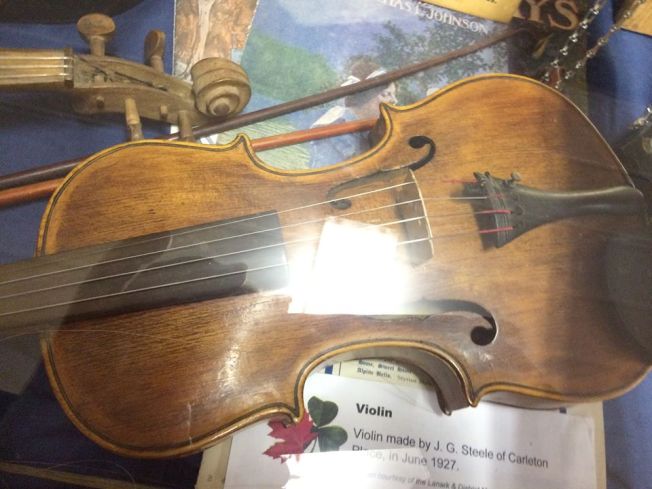 Hello, my name is Keith Ferguson, son of John Elden Ferguson and Norma Ferguson nee Smith. John Elden was the son of James Burns (JB) Ferguson. I am still in possession of the Ferguson violin. I now reside in Rigaud QC. Jean Ferguson passed the violin onto Norma who then gave it to me as Jean knew I was the musician (guitar, drums, sax) of the family. I had some restorative work done on the violin by Bobby Lalonde, a famed fiddle player and current owner of Bobby Lalonde Music in Hawkesbury in 2019. When I went to pick up the violin, he played for about ten minutes and the sound of the instrument was magical. I am so proud to carry on the tradition of keeper of this piece of Ferguson history. 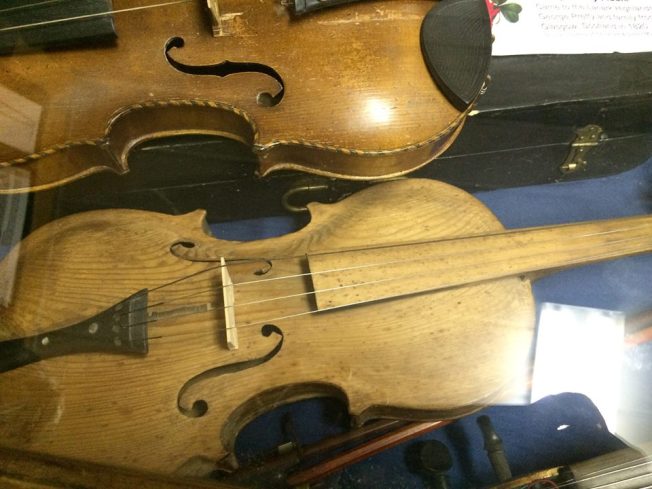 Bottom violin was made by Dr. Manford R. Kerr of McDonald’s Corners circa 1920- The back and sides are made of Bird’s Eye Maple, the Scroll from Maples and top was from Pine.- Lanark & District Museum