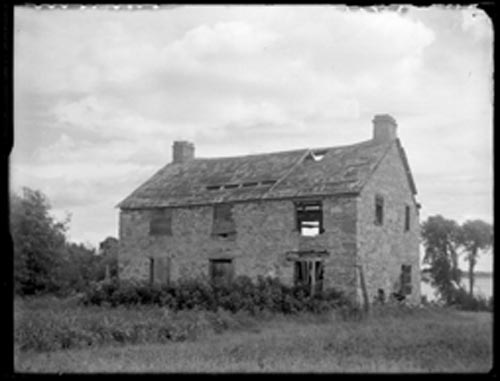 Back sometime in the late 50’s or early 60’s my father took us to see the local family farm in White Lake. The story goes that the house and property were to be given to the community upon the death of a family member who owned the house. However when that occurred, an Aunt Violet was living in the house at the time and was so angry that she blew the house up.

I don’t have all the facts so I don’t really know the whole story, but I do know that the house I saw way back then was nothing more than a heap of rocks! Somewhere, a brother perhaps, has the photos that we took when we visited at the time. 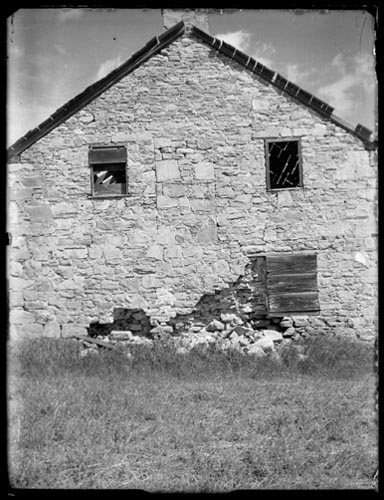 Violet survived the blast as she was outside when it happened. This is information from my Dad, Keith. Family members got together to re-construct it for Centennial year. I always thought my family was the only crazy one until I heard that.  And that is why my family fondly refers to her as Aunt Voilent.

There is a photo of her and her hair which was a couple of metres ( yards) long. She never cut it and her picture is at the Waba Museum. 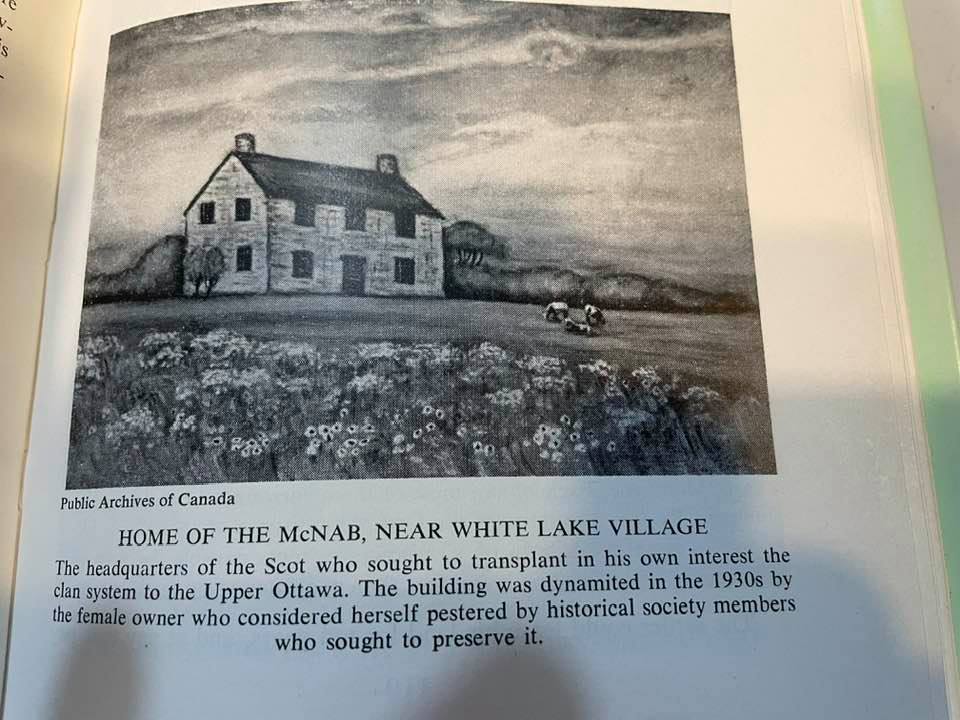 Archibald 13th Laird of McNab was born about 1781 at Bouvain, Glen Dochart, Scotland. In 1816, when his illustrious Uncle Francis, 12th Laird of McNab, died without a legitimate heir, Archibald inherited the title of Chief along with insurmountable debts upon the family estate. In 1822, he fled from his creditors and came to Canada, where other members of the Clan McNab had already settled. (Sir Allan Napier McNab, Prime Minister of Canada from 1854 to 1856, was his first cousin.)

Soon after his arrival in Upper Canada, the government appointed Archibald administrator of a township. He promised to settle it with Highland clansmen, hoping the scheme would enable him to return to Scotland to regain his possessions. His first Scottish settlers arrived in 1825. Archibald ruled with an iron fist. It took 18 years of peaceful resistance, petitions, court battles and legal maneuvers to oust the only feudal lord that English Canada has ever seen.

In 1835, Archibald had a small stone house erected on the shores of White Lake. Here he lived for a number of years with his common-law wife Catherine Fisher, their son Allan, and their daughter Kitty. The Laird returned to Britain in 1852; Catherine remained in the house until her death in the 1870s. Their daughter Violet married Alexander Box — hence the name “Box House”.

Later the house became the property of Violet Box. It had fallen to disrepair, and efforts were made to have the historic building restored. However, on April 12, 1936, the owners demolished it with a few sticks of dynamite. In 1967, the Box family donated the ruins and 8 acres of surrounding lakefront property to the township. The McNab Centennial Committee built a replica of Archibald’s house, using some of the original stone. The hearthstone from one of the two old fireplaces became the threshold. Archibald Corry McNab, who had then assumed the Chiefship of the Clan, laid the cornerstone of the new building in 1967. The rebuilt Waba Cottage opened to the public as a museum on June 26, 1968.

Prologue to Killed by Zulus — Duncan and James Box

A Time of its Own– The Mystery Photo

The Short but Illustrious Life of Dr. Daniel Muirhead