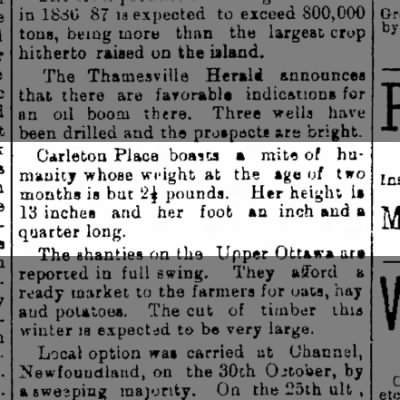 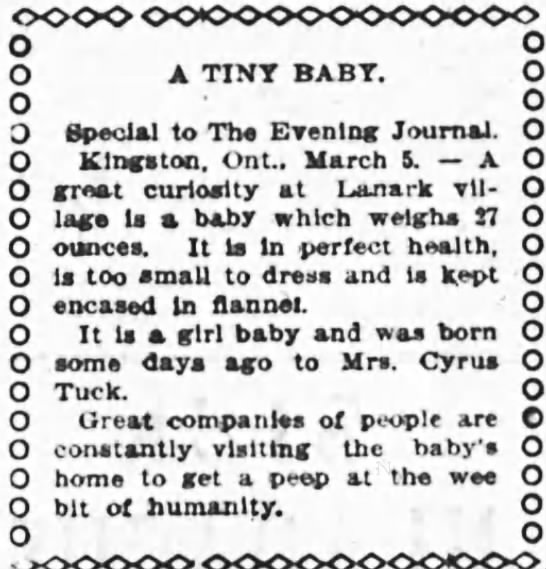 Seeing the smallest baby in the world born in 2016 Emilia Grabarczyk is barely 9 pounds a year later after intense medical attention I wondered if the Carleton Place baby born in 1886 survived. When Emilia was born after just 26 weeks in the womb, she weighed only 8 ounces and measured 22 centimeters (8.7 inches). Her tiny foot was just 1 inch long. 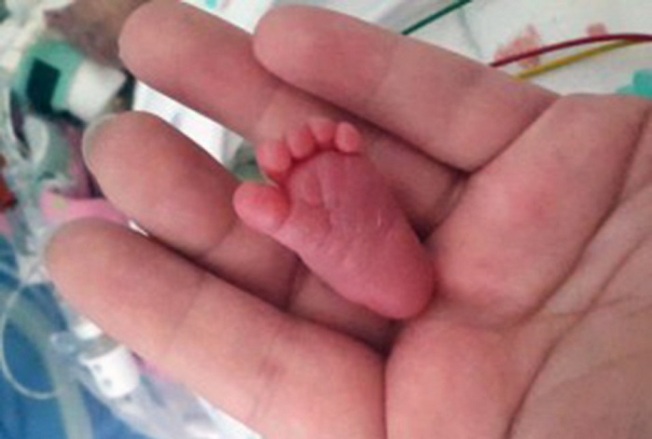 Photo from Now to Love
Today there are wonderful chances for babies to survive but in the instance of the baby born in Carleton Place did it live or was its body was sold? Poor and desperate women could not only save the cost of a funeral by passing their child’s lifeless body to an anatomist, but also be paid as well. This money would help feed poor families, so the misfortune of one life lost could help their siblings to survive tough times.  The valuable and unique knowledge that could only be obtained from the examination of these developing bodies made them essential to the study of anatomy. Just plain awful and tragic, but that was the way of the world.
I got pretty depressed about it until I found this: 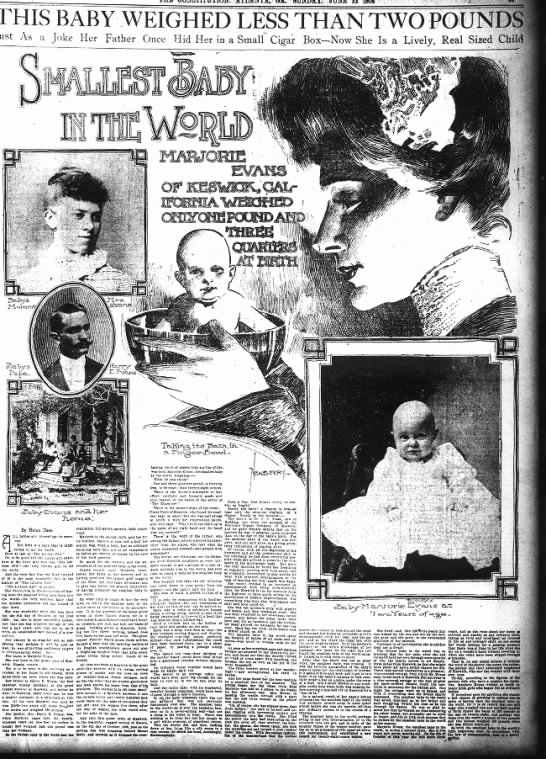 Marjorie Evans was Born October 9, 1899 in Keswick, California and was the smallest baby that the medical profession ever recorded weighing in at 1 and 3/4 pounds.  She was the second child of Mr. and Mrs. Harry Evans and her one year older brother was born at a normal weight.

The nurses were amazed that she was so small and wasn’t covering the palm of their hands and their father placed the baby in one of his handkerchiefs to weigh her. She was never coddled in an incubator, and was fed mother’s breast milk with a straw and a spoon.

Many stories were told in the article, and one of Dad smoking his pipe while little baby Marjorie slept in his cigar box was a bizarre one caught my eye. Apparently parents Harry and Elizabeth played ‘hide and seek’ with their ‘littlest girl’ up until she was 6 months old. I couldn’t imagine hiding a tiny child here and there–but they did. Young Marjorie lived on for many years, and contrary to everything known in the medical world she did not die or incur dwarfism.

The family decided to move to nearby Shasta for cleaner mountain air for the baby to breathe but one night the Evan’s cottage went up in flames and they lost everything they owned. But, the family was saved and Marjorie was rescued just in the nick of time and carried out under her father’s jacket.

When the article was written in 1902 the baby was three years old and it was said she ran around the home nimbly and weighed as much as any other child that age. The Atlantic Constitution printed that two other babies previously born at such small weight now weighed 225 pounds at the age of 28, and 108 pounds at 15 respectively.

There appears to have been many ‘smallest babies’ that were born into the world -in fact 909,000 items came up when I searched for it. So what happened to Marjorie? I couldn’t find another entry and then I found out as usual they spelled her name wrong. After digging I discovered that she died unmarried on the 17th of December 1957 at the age of 42 in Los Angeles, California.

When I tried to search for her grave I got: “Sorry, there are no records in the Find A Grave database matching your query.” So maybe the Carleton Place baby did live– but since there was no name I sadly came to a dead end.