Donald Mcfarlane Ashton.. believe it is the bookkeeper…. not old enough to be the innkeeper one. They were the only two Donalds in Ashton. 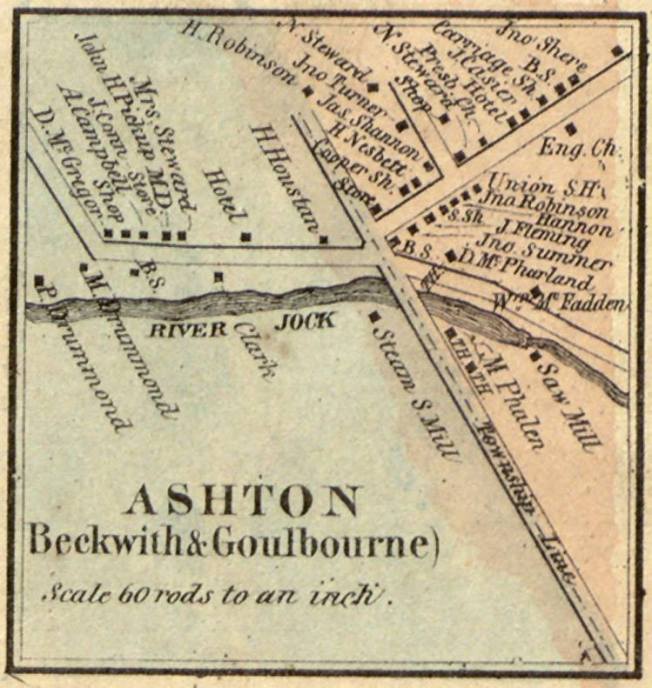 Yesterday I heard from historian Jaan Kolk who also helped us on the Cohen’s in Lanark Village. Anytime I hear from Jaan is a good day as he always has great tidbits.

Your note on Ashton caught my eye. The 1864-5 Mitchell & Co. County of Carleton directory lists 2 hotel keepers in Ashton – Daniel Fanning (misspelled Fenning) and Donald McFarlane – and the Ashton inset of the 1863 Walling map of Lanark & Renfrew show 2 hotels – one what is now Old Mill Rd. in Beckwith, and on on the north side of present-day Flewellyn.

I did not pay much attention to the D. McPharland marked on the road now known as McCaffrey Trail. But the map shows 2 hotels and we know there were 2 hotel keepers. So my question is: which was McFarlane’s and which was Fanning’s? And how do we know?

Oh, and here is a clip from the 1863 Walling map of Carleton, showing D. McFarlane and “N. Stuart” in Concession IX, lot 1. I believe that was Neil Stewart (later Reeve of Goulbourn) who was the son of early Ashton settler John Stewart. The 1879 Belden atlas shows Neil Stewart in the west half of lot 1 and Thos. McFarlane, who I take to be Donald McFarlane’s heir, in the east half.

From Donna McFarlane- ( about the map above) 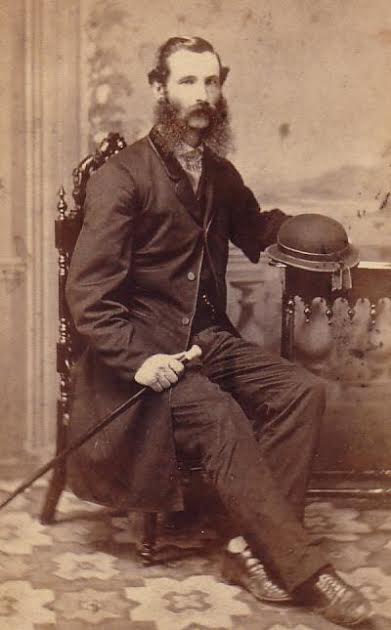 The D Mcpharland( goulbourn side) shown is not our Donald brother of James– but a younger gentleman who is a bookkeeper and although I do not have proof I feel he is son of Wm of Goulbourn. Donna Mcfarlane photo

The hotel shown could potentially be our Donalds right across from the old mill pub…  The P Drummond shown is the one married to Catherine Mcfarlane d of our James… his father Malcolm Drummond was also grandfather of Mary Whyte Cram  my husbands great grandmother..

Thank you Jaan and Donna for this great information

If you have any answers please email me.

Does anyone know about these hotels?