Weldon was indeed a renown character in Carleton Place, even before his unfortunate accident. Every evening Weldon was brought down town in his wheelchair by George Baker, a neighbour of his and would eventually make his way to the Olympia Restaurant where he would spend the remainder of the evening.

One time (before he joined the RCMP), Weldon was hired by Alan Barker to work on the ambulance. At the scene of an auto accident, Alan gave Weldon a shovel to pick up a human brain, off the road…Weldon quit that day.

I can recall returning to Carleton Place on leave from the Navy after an extended absence and going to the Olympia before my parent’s home because I was sure that Weldon would be there and I could get caught up on what was going on in town and where all the “old gang” were. Having the franchise for the license bureau enabled him to keep current on everything that was happening in town!–Ray Paquette 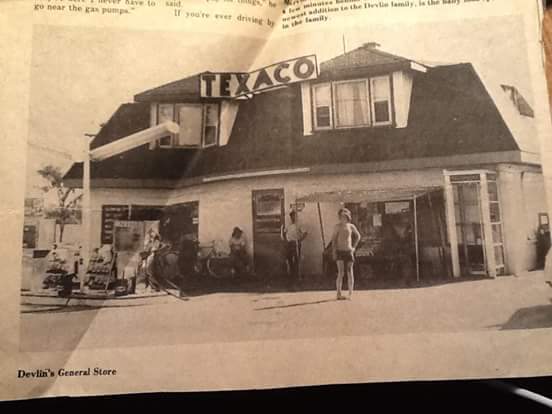 Photo from-Dishing up the Memories of The Devlins

Devlin store-The owners prior to the Devlins were the Shackeltons. They were an English couple that had emigrated to Canada in the 1950’s with their two boys, Leon and Frank. I believe that Leon has passed away and Frank my be in the Toronto area. After they sold the store, I believe Mr. and Mrs. Shackleton returned to England.

Since being introduced to your blog I have taken great pleasure in reliving my earlier years in Carleton Place when the population seemed to be eternally stuck at 4800. Those years must have gone a long way in shaping the person I have become and for this I will be eternally grateful–Ray Paquette 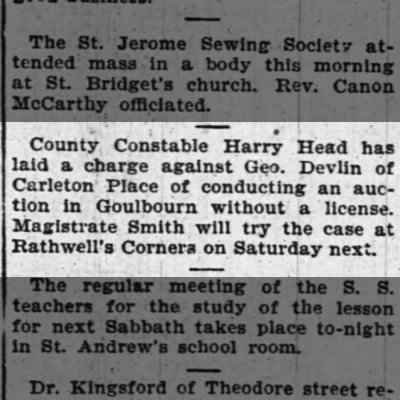