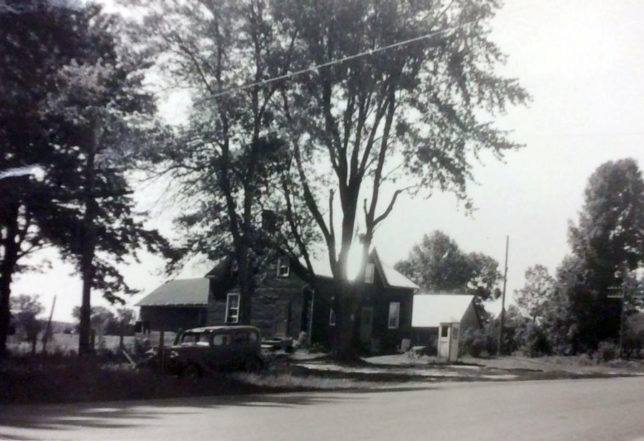 Photo-From Perth Remembered–Balderson Telephone Company. Note the phone booth out front of the house in the picture. The company was bought by Bell Canada in 1977. 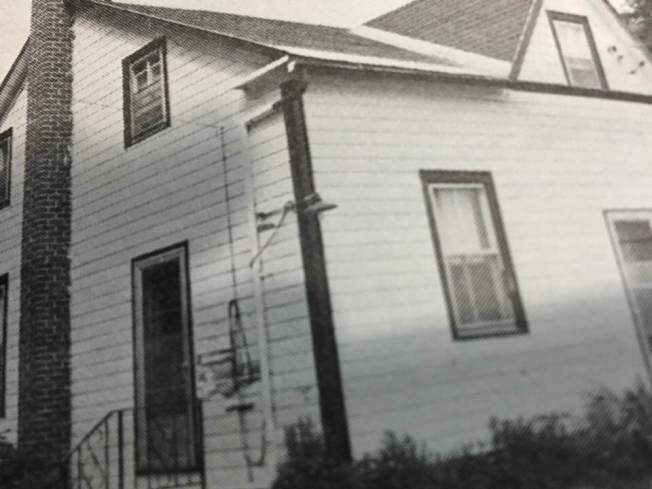 One short six long was the ring that had always been part of the Balderson Telephone Company which was sold to Bell in the 70s as the aging equipment could not longer cope with the volume of calls. It was over quickly with a 92-29 vote from the shareholders of the telephone company when the last of the independent manual switchboard operation decided to join the Bell Telephone Canada system in July of 1975.

Established in 1912 there would no longer be a lone telephone operator to distinguish the callers. Bell telephone wouldn’t give a hoot about the difference between Body Shop Dave and Lumber Dealer Ray. Of course not everyone in the area was happy, and some thought that the telephone company should have held out for more than Bell’s $20,000 offer. Then there were others that thought that the Balderson Telephone Company should also turn over the house to Peg Smith who had been the lone switchboard operator for the past 18 years. Peg had manned the 24 hour a day, 7 days a week job, for 18 years in that same location.

Devoted and hard working she had never missed a day except when she had been in the hospital. It was said she knew everyone’s number and voice, but if they came to the door they would be out of luck as she wouldn’t have a clue. Peg had never made over $4500 in salary for her almost thankless job, and even in 1973 her salary was a mere $3700.

Now things were changing and long distance calls would now be charged even if you called Perth a mere 6 miles away. Calls would be now be rerouted through Smith Falls and Perth. There would now be 35 party lines with 10 residences on each line and only 34 private lines as Bell just couldn’t provide anymore. Peg wasn’t happy about that and thought they were trying to crowd folks out. After all she used to handle over 400 calls a day  all going to wooden wall phones in the area. Peg was number 6 in a line of Balderson switchboard operators and she used a used board the locals had bought from somewhere in Quebec in 1960. 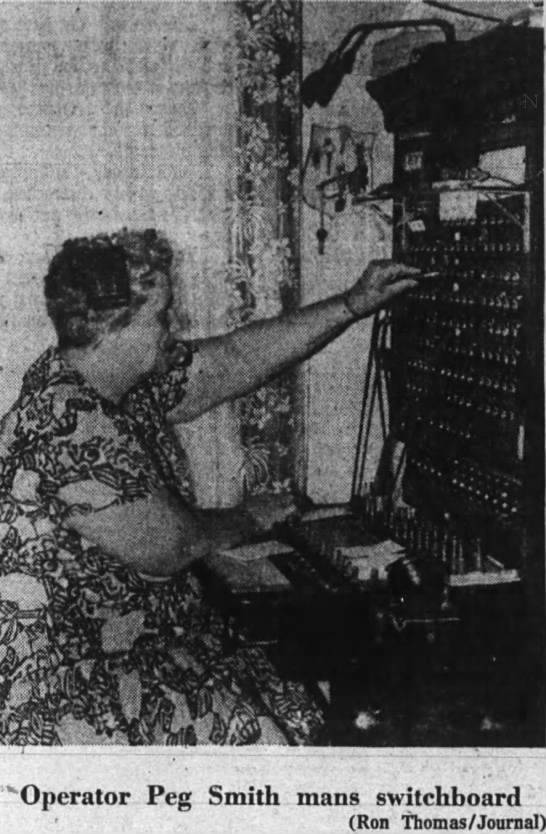 The Balderson Telephone Company had been formed in 1910, and by 1915 it had 114 subscribers. Originally 200 poles were bought and distributed by 2 men and a team of horses for 30 cents an hour. But even before that Bathurst  and Drummond Townships had to give their approval before they could even mutter the “Operator”. Thirty two phones were ordered and Jim Watt was the first operator and got $1.25 a year for his trouble. Then it was shifted to the homes of Harvey McCue, Bob Balderson, Ross Sommerville and Mrs. Donald Cameron. In 1948 they decided the costs were way too much moving it around so  they bought the house that is shown above and incorporated as the Balderson Telephone Company in 1920. Peg Smith said she had no doubt she would find a job somewhere else and was going to take the first vacation she ever had in 17 years.