There is an old well documented story of two lads from Lanark Village that instead of attending school one day decided to play hooky and enjoy their swimming hole in Gemmil’s Creek. A coin was placed under a rock for safe keeping one day and the secret about their pact was kept between them for years.

Even though lives change it was always understood that the one who returned first should keep the coin. One of those boys became *Reverend Joshua Fraser and was a renowned Presbyterian man of the cloth and a friend of all the local shanty men until he died in a hotel fire in Sharbot Lake. Charley Mair, the other lad returned years later from living out west but he never did find the stone he and Josh hid.

Charley’s Dad James Mair emigrated to  to Upper Canada in 1830 and opened stores in Lanark Perth and Renfrew. With his growing sons he also profited in the timber trade in the Ottawa Valley. *Robert Mason was the stern Lanark schoolteacher that Mair and Fraser disliked but Mair flourished under Mason’s direction and decided to become a writer. The stern Lanark school teacher was described as a tall gaunt “beetle-browed” Scotsman. Unfortunately he thought that it was no use teaching arithmetic to girls but after some insistence he allowed them to learn for a few years.

With his friend Josh off to learn the matter of holiness Mair’s parents insisted he become a doctor and the young man was one of the lucky ones sent to Queen’s University during Confederation. He stuck it out for one year but during that year instead of studying he composed a poem called *Dreamland and had it published in the Ottawa Herald in 1868. For Mair that was enough to convince him to leave university much to his parents dismay.

He and his words did not go unnoticed, and Honourable William MacDougal Minister of Public Works assigned him to gather information on the Hudson’s Bay Company and Mair wrote a series of articles for the Toronto Globe.  He immediately got caught up in the Riel rebellion, went west, and wrote stories for the Montreal Gazette surviving the hazards of prairie fires and buffalo stampedes.

Mair joined a small company of 70 Loyalists to resist the Riel followers and unfortunately he was caught with two others (Sir John Schultz and Thomas Scott). He was treated very badly but they allowed his wife of one year (Elizabeth MacKenney) to go home to friends.

Disillusioned and disappointed he actually ended up producing one of his greatest poems Tecumseh regarded as one of the finest pieces of literature of Canada. In 1885 the rebellion rose up once more and Charlie Mair went west again and became a confident of the Indian warriors and plainsmen.

*Mair’s Mountain in the Madawaska range of Renfrew county was named after Charlie Mair journalist and poet. Charlie and Joshua never found the secret place of their boyhood, but I would like to think they return sometimes when the moonlight floods the valley and wonder where that coin went.

Advertisement of lots for sale in the Benvoulin townsite & rooms for rent at the Benvoulin Hotel–June 1892–Benvoulin, British Columbia–Kelowna Public Archives
Vernon News, June 1892-There was a post office and a store, stocked with general merchandise, owned by noted Canadian poet, Charles Mair. Mair’s first store in the area was built in Kelowna in 1892, followed by the second store located at Benvoulin. Built in 1893, the Benvoulin store was operated by his son, Cecil Mairs.

*Joshua Fraser who was also part of the Lumbermen’s Mission was pleased to hear on his first Sunday at a local shanty to see 100 men turn out to sing *”The Old Hundred”. It was the most peaceful service he had ever preached at he said. -The Lumberjacks–By Donald MacKay 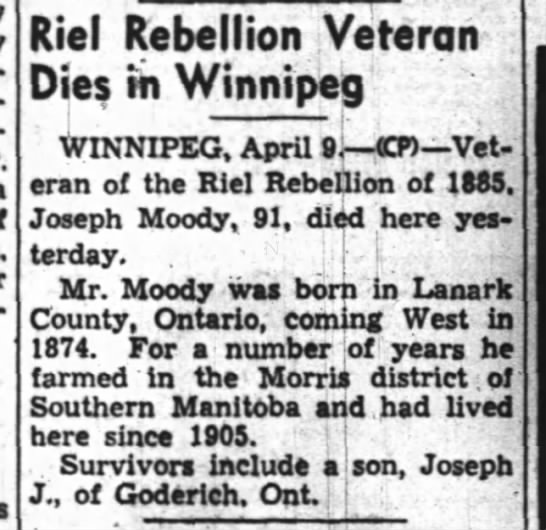 Shanty, forest and river life in the backwoods of Canada Paperback – by Joshua Fraser

*Robert Mason-school teacher-Lanark-– Robert was sent out to the In sue course stone school in Lanark $1 per pupil with the first immigrants in 1821. The first school was a log shanty (Paisley weavers) also began one of the earliest libraies in Upper Canada and those who used from 1824-1825 it paid six quarts of wheat each. He was also an elder in the auld kirk and kept it kirck free from the intruders of the new movement. The secessionists did not gain any ground in Lanark County at the time Mason was around

Charles Mair and Prince Albert--“The town of Prince Albert then was built on what was called the Porter property. Dr. Porter came in the year before from Nova Scotia and he started the town. St. Mary’s Church was there, and Bishop Mc- Lean erected the Emanuel College that year. There was a little town then, part of which had been built that summer. Jimmy Ashdown of Winni- peg and Tom Agnew had started a hardware store and a man named Smith had a tailor shop. We opened a store there too. There was a blacksmith named Plaxton, whose brother was afterwards a member of the Legislature. We also had a firm of contractors called Bishop & Coombs. Every- body cooked for himself. We were all bachelors. Down on the fiat was Charles Mair who had a store, and a little further was a man named Bill Delworth. Charles Mair was the poet and author of Tecumseh. The next house down close to the bank of the river was a log store kept by Stobbart & Eden. It was a store or trading post. The next building to that down the river was a shack with a thatched roof belonging to Sandy McBeth. It was about where Gilmore’s furniture store is now (1910). It was out on the line of the river where River Street now is. There was nothing back of the river front; the buildings were strung out along the river. Charley Mair was also the post master at Prince Albert. –THE PIONEER TOWN OF PRINCE ALBERT