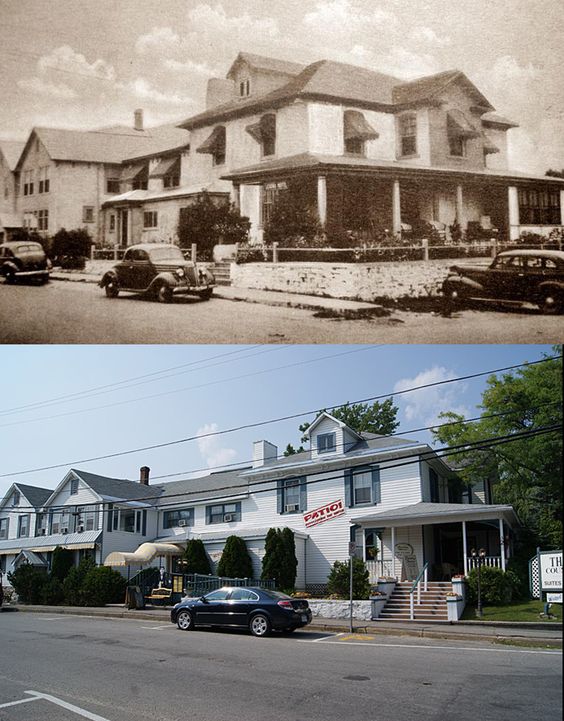 The Cove Country Inn has been a Westport landmark for a very long time. —From Westport’s Pinterest Page

And now we come to the beginning of things in Westport, that snug little village on the Rideau Lakes about 32 miles this side of Kingston.  Thomas Joseph Quinn of 217 Besserer Street, Ottawa, was born about three miles from Westport 83 years ago and lived and labored there for a great many years and later moved to Perth before going to Ottawa.  Mr. Quinn is one of the few remaining links between the present and Westport’s pioneer days and is wonderfully active for a man of his age and has an excellent memory.  He has given us a life like description of that village as it was when he was a boy.   Mr. Quinn’s father, the late Thomas Quinn, came out from the north of Ireland about the beginning of the 19th century and settled in the township of North Crosby where there was no sign of a village.  There were a few scattered settlers in the district but things were still in a very primitive state.  A few of those rugged path finders who had already established homes in the forest vastness and whose names may be associated with the founding of the village of Westport were Thomas Manion, James McGough, Hughie Burns, James Lappon, Bernard Trainor and John McGlade.  Years before the village came into being, early settlers erected a little log school house on the boundary line between North Crosby and Burgess and it was there that the children of the pioneer settlers in both townships received their education.  Some of them had to walk three or four miles over rough forest trails to reach school. 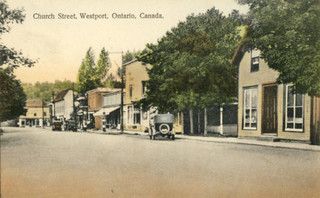 The first school master that Mr. Quinn remembers was one Thomas Gash(?) Cash(?) who in early life had suffered an injury to his right leg and as a consequence walked with a considerable limp.  Mr. Gash was succeeded by Barney Stanley who hailed from Stanleyville in the township of Burgess.  A few of Mr. Quinn’s school mates were John Quigley; Barney, John and Rosie McGlade; James Thompson; John Thompson; William Thomas; Bridget and Mary Manion; Betsey McGalde; Patrick Hynes; Laurence and Mike Bennett; and Charles and John McShane.

Mr. Quinn states that as far as he can recollect, the first merchants in the village of Westport were Alexander Arnold and John Foley.  Both kept general stores dealing in dry goods, hardware, groceries, produce, etc. One of the leading men in the community at the time was a W. H. Fredenburgh, who conducted a grist mill and was reeve of North Crosby.  In the very early days there were no fewer than five blacksmiths in the village.  They were Joseph Skillington, Peter Donnally, Mike Adams, Mike Bennett and John Dwyer. 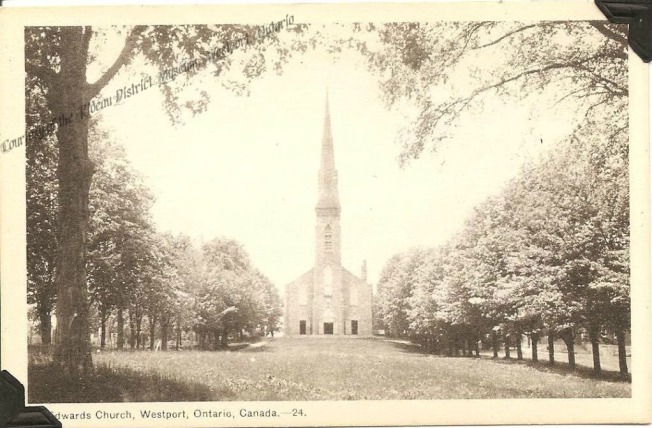 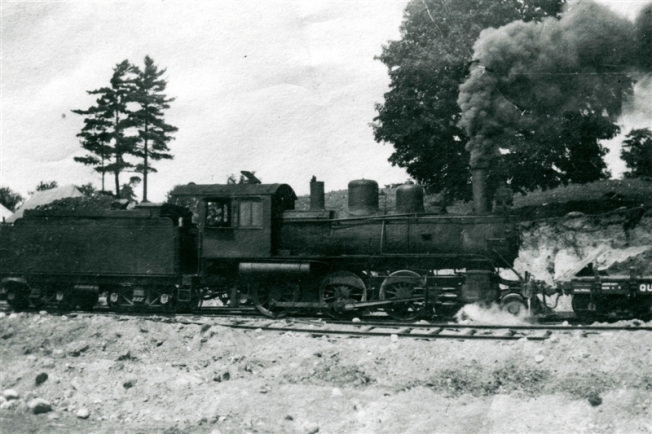 Mr. Quinn relates that when the post office was first established in Westport the villagers had to send to Brockville and Kingston for their mail.  There was no stage operating between these points at that time and as yet very few horses were available in the district so they used miles for the purpose.

In those days North Crosby and Burgess were full of “scrappies”, big, husky farmers who were ready to scrap on the slightest provocation and who took delight in demonstrating their ability along these lines.  Most of the impromptu fights for which the early days were noted took place at the fall fair.  Some times it would be a grudge fight but more often there would be no apparent reason for the hostilities other than a desire to show off. 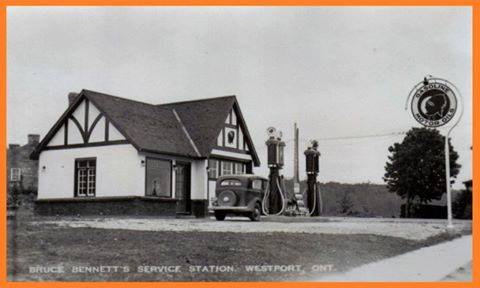 From Lost Ottawa–Sunday Drive, featuring Bennett’s Service Station, which you would undoubtedly need on your trip to Westport from Lost Ottawa.
Shared by Victoria Edwards, who add a link.Bruce Bennett service station, Westport, Ontario http://villageofwestport.ca/discover-west…/vintage-westport/

Wherever these battles were staged there was no interference.  Always a ring was formed around the combatants and they were not only permitted but encouraged to fight it out to a finish—until one or the other had thrown up the sponge.  Time and again these physical contests were waged right on the main street of the village.  Mr. Quinn recalls one occasion when two huskies of the village staged a grudge fight in front of one of the stores.  During the melee one man chewed the others thumb right off.  Court proceedings followed and at a cost to the chewer of $200.

Mr. Quinn states that he was the man who erected the first light on Westport’s main street, opposite Foley’s General Store.  It was a coil-oil lamp hung on a stout cedar post.  He was designated to keep the lamp filled and the light on.  He usually filled the lame every second night.  Later in his career he conducted a hotel known as the “American House”.  At that time there were two other hotels in the village, the Windsor, operated by Patrick Curry and the Wardrope which was on Bedford Street but Mr. Quinn cannot recall the name of the proprietor. 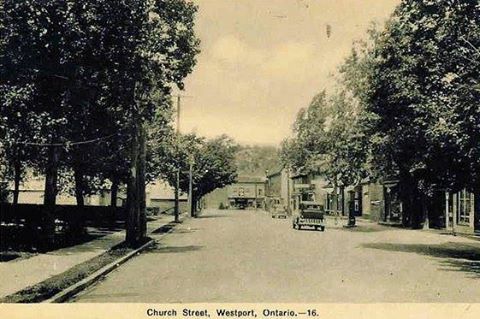 Mr. Quinn relates that during the fall of each year horse races were run on the main street of the village.  Farmers in their old fashioned gigs would line up at one end of the street and race to the other end and back again while both sides of the street would be lined with spectators from all parts of Burgess and North Crosby.  He stated that at one time he owned a horse named “Limber Jim” who could beat all comers.

Mr. Quinn could recall many of the old barn dances which were “great affairs”.  In those days there were some fine clog dancers in the district.  These included John McGlade and his sister Rosie.  Then there was a Miss Trainor who was a splendid fiddler.  She was a blind girl and her services were always in demand.