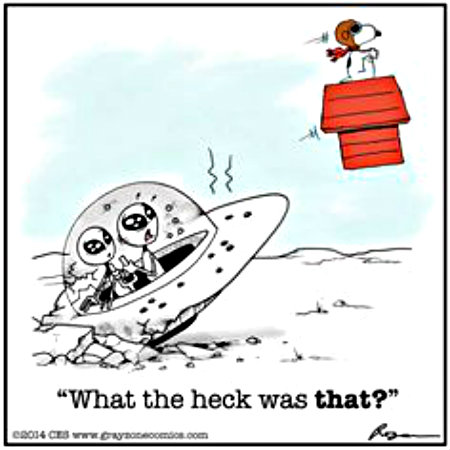 In 1915 it was said that some of the folks in Brockville and the surrounding area were returning from church and spotted something lit in the sky on February 15, 1915.  When the mayor of Brockville and three constables also witnessed this incident word quickly spread up and down the valley that the Germans were invading Canada.

Vivid flashes in a minor lightening storm gave credence that German aircraft were possibly passing over the area. To make matters even more interesting the mayor of Gananoque also said that two invisible aircraft were heard flying overhead. Parliament Hill went dark at 11 pm that night and the city of Ottawa and most small towns in the outlying areas followed suit 20 minutes later. I have no doubt that many of our local citizens spent a restless fearful night.

Newspaper headlines of: Machines Crossed Over St. Lawrence River: Seen by Many heading to the Capital–Fireballs Dropped appeared quickly the next day. Explanations from government officials were demanded by the local newspapers. Was it really a few of the Morristown youths playing pranks some asked when a paper balloon was found on the ice of the St. Lawrence River near the town? What about the remains of a few more balloons that were found with fireworks attached to them near the Brockville Asylum? Soon after these items were found; the media that had been so intent on causing hysteria scoffed at their reader’s fear in print.

Opinions differed as to the nature of the mysterious objects.  Of course Ottawa had to chime in to assure everyone that Germans aircraft had not flown their planes over Eastern Ontario as the headlines persisted. The Dominion Observatory agreed, adding information about local wind direction and added that everyone just had  war jitters. But, in all honesty the generic comments from the Observatory  and the government did nothing to quell the fear of the locals. As gossip spread and the story transfer expanded to new highs the German bombers became very real to the public. No matter what the media and the government had said in their morning statements the lights still went out all over the Ottawa Valley and guns were set up on various rooftops that next evening.

If you ask some today they will tell you it wasn’t the Morrisburg kids trying to be funny, but in reality it was UFO’s. This story which has appeared in a number of paranormal books  says that as the Valley was “preparing for the arrival of Germans ” these strange lights were apparently spotted in towns all over Ontario and in provinces as far away as Manitoba.

When I was a kid I used to let balloons go up in the sky and I always hoped that maybe an alien would find it and it would make him or her smile. Maybe the pranks of those Morrisburg kids caught someone else’s attention in the sky– I guess we will never know will we.

Almost out of the X-Files isn’t it?

In May of 1910 during the great fire of Carleton Place three young ladies residing in a house in one end of town were suddenly awakened at 3 am by the cries of fire and the illumination of the sky. They thought that Halley’s Comet had passed that night and had produced the end of the world. The three rushed outdoors in their night clothes waving their arms and crying in despair. They thought it the end of the time was near. It took awhile to get the ladies under control and understand what had really happened. No doubt they had read the newspapers that very day about the coming of Halley’s Comet.Then there was the phantom lights Sid Annable wrote about on Mississippi Lake. Were these all yarns or fact?

Was it a UFO? A Meteorite or a Fuse Box? A Carleton Place Legend–Photos

Was it a UFO? A Meteorite or a Fuse Box? A Carleton Place Legend

Unsolved Mysteries — The Almonte Woman Abducted by a UFO (Part 2)